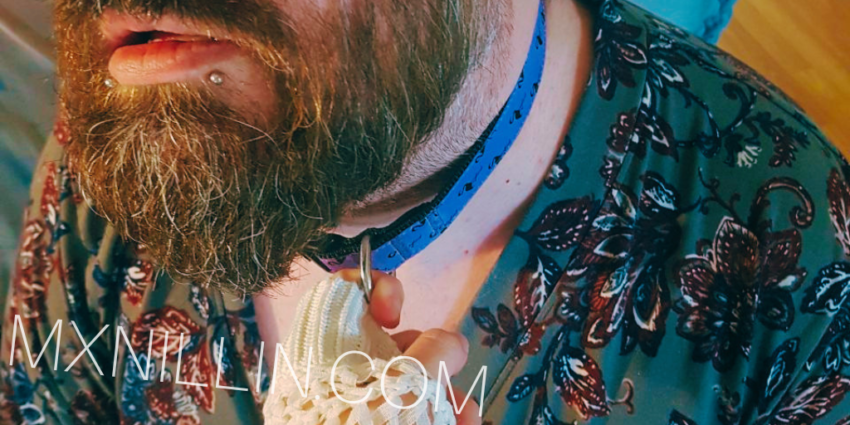 So… sex has been a little weird for me lately. Most of that is thanks to stress and trauma, and some lingering insecurity issues, but I’ve also been coming to some pretty big truths about myself in terms of my needs, wants, desires, and boundaries. Namely, in how I wasn’t really centring any of that for myself until recently, especially in terms of the sex I’ve had with past partners and lovers.

I think in a lot of ways it’s because I was overly excited and committed a lot. I really wanted  to be a well-versed, invested, and attentive Dom and Master, but I’m an autistic queer with high stress, executive function issues, and major ADHD, so, turns out it’s actually rather difficult to do a lot of that for me on a regular basis. Especially as I was actively working through some pretty intense PTSD as well.

Try as I might, I wasn’t enough for some. But you know what? That’s okay.

I’ve actually since come to realize that I just don’t have a ton of capacity for being somebody’s Dom 24/7, let alone even on a day to day basis per say. The emotional, physical, and even time based investment required of most dynamics I found myself in gradually became increasingly overwhelming. Yet, while my ability and capacity as a Dom shifted, the needs and expectations of past partners did not, and that’s not a really great place to be in.

Sadly, instead of looking out for myself, I spent a substantial amount of time and effort over the past couple of years working to make myself into the Dom that others wanted me to be, rather than the Dom that I actually could be, or even wanted to be. That’s my biggest regret in hindsight…. trying to force myself to be the sexual person that others wanted while actively ignoring my own desires and preferences in favour of trying to meet the expectations and needs of my play partners, even when that ultimately made me feel uncomfortable and insecure.

Nowadays I make a point of doing the exact opposite of all that. I’ve taken a lot of time reflecting on my sexual self as of late and going forward I’ve made the promise to be a more considerate, patient, communicative, and empathetic partner and lover to myself, as well. 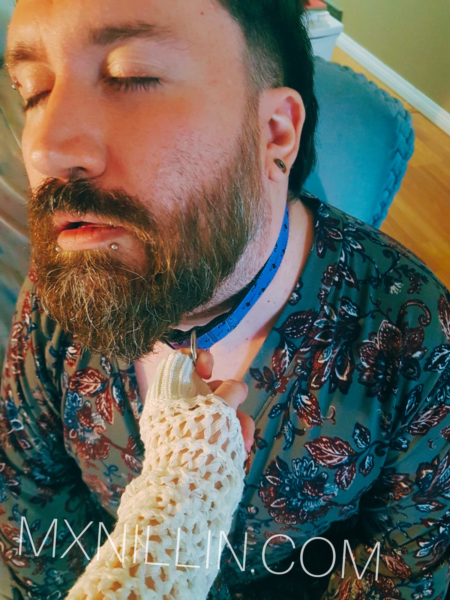 Getting Switchy (And Doing It More for Me)

I now know now that I’m definitely a switch that favours bottoming, though I’d top for the right person. What I really don’t like though is being expected to Dom just because I have a penis though, and I’m generally not a fan of being trapped in any specific role in a relationship. I like sexual fluidity!

It’s one of the reasons why I absolutely adore the dynamic I have with my boyfriend and Master, Fenric. They’re also very switchy and while it tends to kind of work out that they’re the Dom in most situations, we also frequently wrestle for control to top in really hot ways. Sometimes it’s us jostling for power through dirty talk and verbal commands, taking a sort of playful “oh, did you really think that you were in charge there?” sort of approach, to other times when we’re literally physically working to overpower one another. I may start off topping, holding his hands above his head as I fuck him deep, but the first chance he gets where I’m lost in the moment or getting even a little tired then he has me on mys back as he rides me hard and calls me his “good dog”.

It’s his hot way of reminding me that even if I’m topping him, he’s still the fucking Dom.

Overall, aside from some occasional playfulness here and there, I really appreciate that I don’t have to necessarily inhabit a role all day long either. As I mentioned before, kink and BDSM is a really good time to me! I love me some pet play, rough sex, CNC (consensual non-consent), exhibitionism, group sex, and power play, however, I really value not having to follow stringent protocol, get bogged down in complex dynamic guidelines, or even be in a specific role for too long either. I tried to make it work, tried to use apps and create a routine for past subs to follow, but I just found keeping up with it all, making sure they were completing tasks, giving out rewards or punishments, was just way too much for me to handle on a regular basis.

Maybe that makes me a less than ideal Master, pup, or even lover for some, and that sucks, but I’m so much happier now knowing what I want and surrounding myself with the partners and lovers who have fun with me exactly as I am. And isn’t that what it’s all supposed to be about?