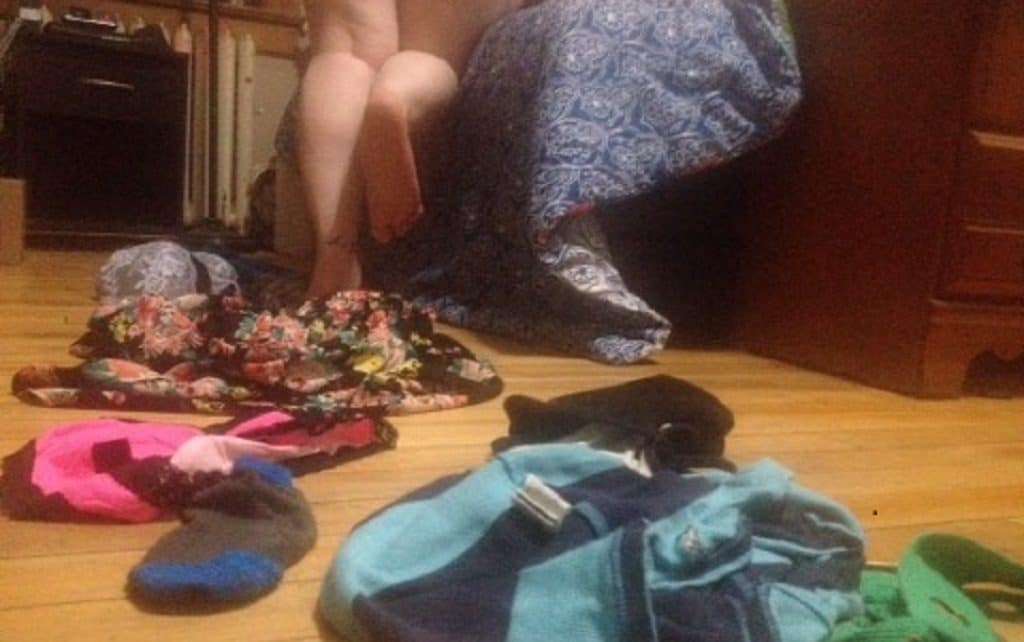 Have you ever been been best friends with somebody for over half a decade? Cool, me too. But then did you have them over at your apartment to hang with you and your partner one weekend and you all started cuddling on the couch, slowly undressing, kissing, then took it to bedroom for really passionate, intense group sex?

Except, plot twist: it DID happen! And it was fucking awesome.

So, how did it go from “yeah right” with Kate to “holy shit she’s sucking my girl cock while my partner whispers dirty talk into my ear”?

The whole thing started a couple of months ago when I posted a monthly refap that mentioned having sex dreams about her. I gave her a heads up about the post and rather than laugh it off like I thought she would… instead, she wanted details. Over the next few days I wrote out explicit descriptions of the sordid, hardcore, graphic sexual dreams I’d had about her, she talked about it exciting her, told me about how she pleasured herself to the explicit texts, and within a few days Fal had joined our conversation as well.

A consistent sentiment that Kate brings up every now and then is just how surprised she is at how not at all weird this feels. And she’s right, it really hasn’t been weird. It wasn’t weird when I told Kate the details of my sex dream, it wasn’t weird when she, Falon, and I traded nudes then mutually masturbated, and it isn’t weird now either, even after the three off us passionately made-out, fooled around, and then came all over each other.

For Falon and I, we don’t feel like anything has been taken away from our friendship with Kate, nor has anything fundamentally changed. We are just adding having sex into it. [Fuck yeah!] And Kate has expressed that she feels our friendship has changed but in an exclusively good way because ever since our night of group sex and cuddling she overall just feels so much more comfortable and relaxed with us.

We’re hooking up with Kate again this weekend. I don’t know how often, or for how long, this will go on, but you know what? That’s okay. Fal and I are just excited to have her as a part of our sex life right now and we’re okay with that lasting for however long feels right for us all.

What’s so wrong with that?