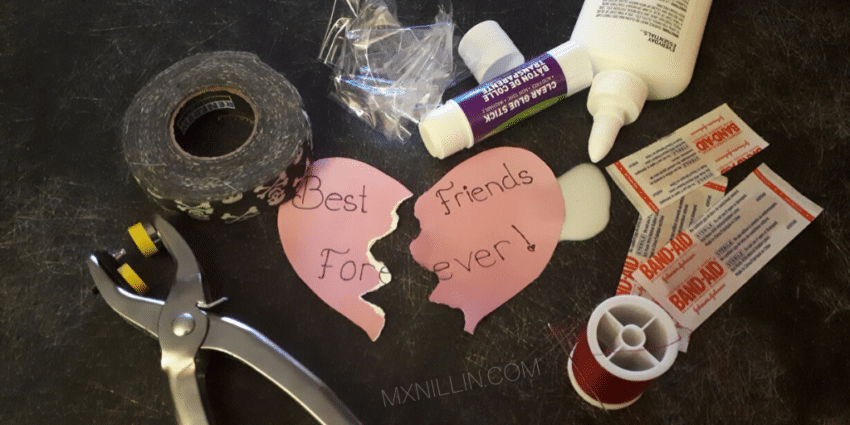 Kate, Fal, and I are no longer in a polyamorous triad; and now we have to learn to be friends again.

I should clarify though that while the three of us aren’t in that particular relationship structure anymore, Fal and I are still very much so partners, and Kate is still an extremely important part of our life. In fact, we’re not even going about this in the ways some might expect because this isn’t really a “break-up” in the traditional sense so much as it’s more of a transition into something else.

We’re ending the explicit relationship side of things, especially in terms of any emotionally committed companionship and expectations, completely nixing all of the “dating” and romantic stuff, with a current goal of becoming more snuggle friends for the foreseeable future with a possibility of adding more benefits [insert winking emoji] later, should everybody want that again.

Honestly though, right now I just miss my best friend a whole lot.

Kate and I have known each other for going on 8-years, ever since she basically just walked up to me once at an after party we were at and told me we were friends now, LOL. Since then we’ve been each other’s pal through a lot of ups and downs, tons of heavy life shit, and I’ve kinda become accustomed to chatting with her on an almost daily basis.

That communication is obviously a little strained right now, as is to be expected given that we’re sorting through our own feelings while trying to figure out new boundaries and how to modify the behaviors and expectations that weren’t working for any of us in as smooth a way as possible. It’s not so simple to just suddenly be friends again without all the intimacy that was previously there.

And that’s been really hard because I genuinely miss just talking to her as my close friend, gossiping about work, laughing at memes, dropping random thoughts at each other, and hanging out on the weekends.

But, like, how exactly the fuck does one go from an at times turbulent two-year-old triad all the way back to something more akin to what they were before that? How do you revert to a more platonic friendship again, sans any deeply intimate or romantic thoughts, yet still hold space for physical affection, without being TOO awkward about it?

Besides, I think writing things out like this will help with my emotional labor process, while also maybe providing some form of clarity or perspective for somebody else out there going through something similar in the polyamorous/non-monogamous aspects of their life too!

I feel like there had definitely been moments in time when we really jived as a triad, shared experiences of really fulfilling emotional affection and exciting sex, instances of strong conversations that made it feel like we were figuring ourselves and each other out in pretty profound ways, and I guess that WAS happening.

Generally speaking though we just haven’t been on the same page for the past year and couldn’t ever quite find a way to compromise on each other’s relationship needs, articulate those feelings in the right ways, really listen to each other, or even communicate effectively on a basic, foundational level without a lot of misunderstanding and exasperation on all sides.

The more that our triad started to slide too much into emotionally committed companionship territory, away from the more carefree “BFFs cuddling and sometimes orgasming together” approach, the more insecure everyone seemed to get and the less everybody was able to express themselves confidently.

Even after we tried to center non-monogamy a lot more and seek out sexual experiences outside of our triad, it was ultimately just a bandaid that never addressed any of our core issues.

Despite knowing all of that deep down, when we first had the conversation a little over a week ago about dialing things way back, like completely getting out of being in a “relationship” at all, I responded… less than ideally.

I was hurt, upset, sad, and scared about losing all of the things.

I didn’t want to lose the affection snuggles, the naked cuddly sleepovers, the late nights curled up watching Brooklyn 99, the outstanding sex, AND my best friend, all at once. I was scared of losing the closeness I’ve had with Kate as friends who talked to each other every day and hung-out nearly weekly. Because that’s been such a positive thing in my life since moving to Saskatoon.

But how it was just wasn’t working with Fal and I needing to feel more emotional companionship based support, and me desiring more sexual affection, while Kate wasn’t able to truly reciprocate or provide either of those things in any sort of relationship based ways that any of us needed or wanted or felt comfortable with.

And you know what? That’s okay!

It’s time to for us to be something different now.

More of an Ebb and Flow

What’s important now, but hard, and I wish we could just skip past it, is that we need to feel what we need to feel, take a little time to sort out emotions and shit, and figure out how things are gonna look going forward. Hence needing to learn how to be friends again.

Based upon recent conversation, it seems that what we actually want now is to take out all the romance and committed relationship type things, while keeping in most of the strong friendship and some of the physical affection things that feel good, and move back to a structure that WAS working before, where Fal and I were in a relationship together, not with Kate, and the three of us would hang-out with occasional friend cuddles (and maybe someday possible make-outs if that’s a thing everybody is into).

It’s not unlike dynamics that I have with many other friends also. Like, how Fal and I are close with our long distance friend Rowan and when we are able to visit there is plenty of affection and great sex without ANY sort of committed “relationship” that carries on afterward.

Or how I can hang out naked with my friend Toto and they can take lewd photos of me for the blog, and we can talk about extremely emotionally vulnerable shit and hug and cuddle, all without there being any sex or relationshipy partnership there of any kind.

Or how I can be social and friendly with my pals Emily and Jacob, playing video games or going out for food, while also going to clothing option sex parties with them where we have casual group sex whenever we feel like it, after which they are still in their separate relationship together while I’m in mine with Fal.

Those have been, and continue to be, extremely fulfilling friendships with various benefits, and I hope to get back to a place where I can maybe have a semblance of that with Kate again too.

I’ve always said that I want to treat my friendships and relationships with a sort of ebb and flow approach, open to evolving with potentially drastic changes, and this is kind of my chance to actually put that into practice in a meaningful way. Cause everything, and everyone changes, and I want to change with those I care about in whatever ways feel right. So, ending our relationship to be friends again is definitely something that I want to make work.

But this is still new to me. I’ve never had to make a drastic dynamic shift like this before and while it’s something that I’ve wanted to ensure I’m capable of doing throughout life, I just don’t know how to yet.

So, I’m not really sure how to go about healing the friendship first. We’ve decided NOT to go no contact because that wasn’t something any of us wanted as part of our process. Instead we’re keeping conversation light and chill, and we haven’t seen each other socially in over a week [well more like 2+ weeks cause last weekend’s difficult talk wasn’t social really, it was mostly just hard and sad].

Anyway, I know that this break is a good thing for us, but I also hate it and I miss visiting my best friend.

I also hate that there’s no support for this at all out there!

Like, fucking seriously! There are no advice columns, tips, or affirmative posts that take polyamorous, non-monogamous, or queer people into account. When I search “how to remove romantic feelings from a friendship” results are all about how to KEEP romance going. If I search “how to move back to FWBs” all content is the complete opposite, focusing on how FWBs are hopeless, which is not fucking true because I currently have a few really awesome FWBs, and that moving out of that and into a committed thing is what everyone should need or want.

But I don’t need or want “more commitment”. I need and want less with Kate, a LOT less, because in our case, less relationship focused commitment is what was healthier for us and made us feel happier and more fulfilled. And it sucks that everything out there is framed so heavily by cisnormativity, heteronormativity, and god-fearing monogamy that it leaves no room for non-normative growth.

It alienates SO many queer, trans, asexual, aromantic, and otherwise gender, sexual, and emotionally diverse people, with all these think pieces suggesting what they need and want isn’t realistic or valid.

But it is, and fuck all that noise. We’re gonna figure shit out with or without any stupid advice columns and then, like always, I’m going to write the pieces that I needed to read myself. Cause that’s what us queer folks do as sex bloggers, right? We figure it out for ourselves and then create the resources and posts that we needed, and that we know the rest of the community needs, so that others don’t have to struggle as hard themselves.

I do want to give a shout out to Kinky & Nerdy though who saw my frustrated Tweets last Friday and tossed me some links to stuff that, while not perfect, have some potential things that I can take away and adapt to my own needs.

Fingers crossed! Please send us good vibes and encouraging thoughts on our journey to be friends again.

In other news, I’m so incredibly excited to share that the blog was recently ranked 8th in Molly’s Daily Kiss’ Top 100 Sex Blogs of 2019!

9 thoughts on “Learning to Be Friends Again (With Some Benefits)”