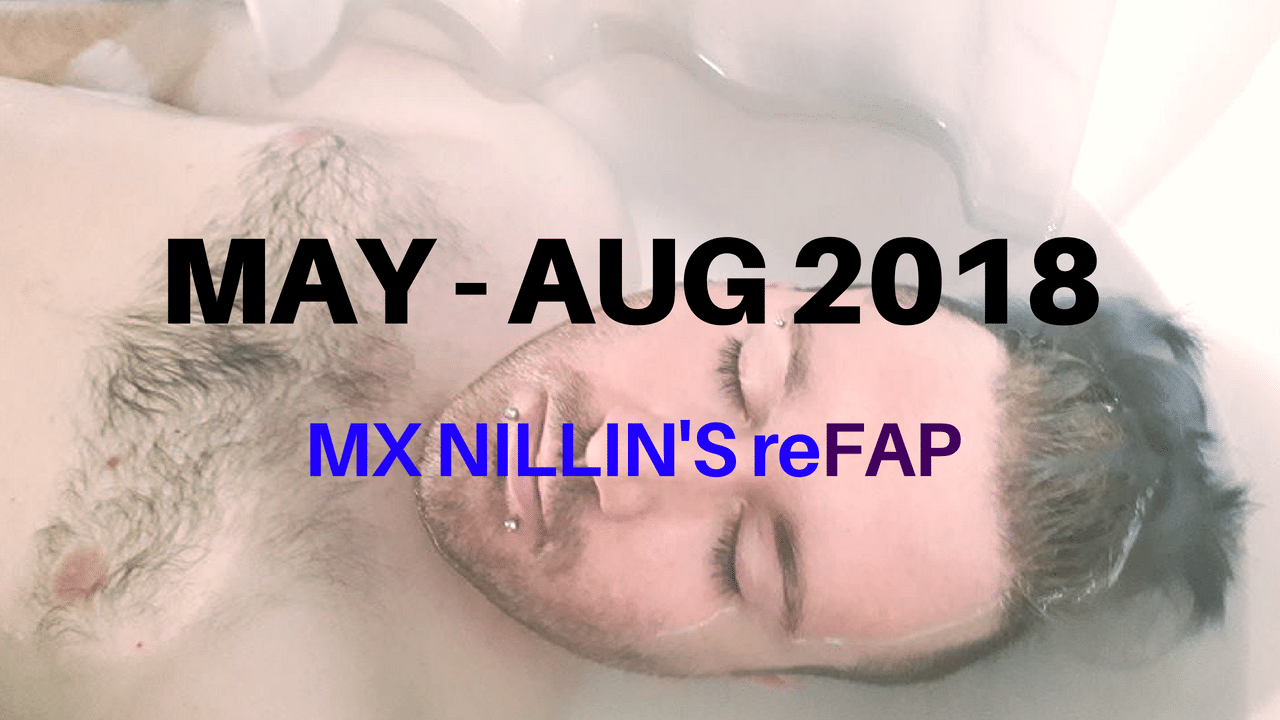 Oh fuck, right… my “quarterly” reFAP is overdue! As one-or-two people may remember, I used to do Monthly Refaps that highlighted all the rad shit I was writing and doing each month, but after about a year of that shit I stopped doing them because, well, practically nobody was reading them.

In April I tried again by posting a Quarterly reFAP that surprisingly got a bunch of attention and I was totally going to keep up with it… except that I fucking suck at math and we’re now 8 months into the year so, yeah, this ain’t gonna work as a “2nd Quarter” post. Oops!

But fuck it! Let’s do another one anyway, even though the last few months have been pretty uneventful really. Honestly, I struggled with a super fucking bad depression streak from the end of June right up to my birthday at the end of July, and didn’t get a lot of writing done or really do a lot of cool stuff.

I mean, I fucked some melons and had plenty of hot as fuck threesomes with Kate and Falon, but the bulk of that happened after my depression spell.

Anyway, in the spirit of me getting back into gear, here’s the fucking summer 2018 reFAP!

Seeing myself reflected in lewd furry art felt really fucking cool. As I said in the original post about it: “I mean, that’s my body! My chubby belly, my thick thighs, the shape of my arms, the detail of my girl cock, it’s all there. And those bedroom eyes… unf! Right?!”

Getting My Sexy Confidence Back

Most importantly though, I’ve focused really heavily on self-care since the last update. Like, I really zeroed in on finding my style, feeling sexy again, and generally working through the trauma of transphobic street harassment and violence my partner and I endured for years while living in Moose Jaw.

As a result, I took at lot of really affirming selfies and, honestly, I’m feeling really great and affirming in my nonbinary self lately. Much of that has actually come down to embracing my facial hair more, getting clothes that actually fits me nice, and not trying to be “femme” anymore.

For so long I kept pushing to be “more femme” cause I thought it would be more validating, both to myself and to other trans people (mostly binary trans people). But that was super misguided and freeing myself of those expectations has been amazing. FINALLY, I’m starting to feel like the mega queer andro-babe I’ve always aspired to be!

Other Rad as Shit Stuff!

Okay, what else. Um, right at the beginning of Spring I reached out to, like, 30 of my friends and had a series of really cool, enlightening conversations where I found out what people thought when they first say me naked on the internet.

On August 23rd I’m set to give my “How Do I Sexy?” presentation at an LGBTQ2s Youth and Substance Use event hosted by OutSaskatoon, and then I’m scheduled to present a workshop at the 2018 InterPride World Conference and AGM from October 4 to 7.

Uh, and yeah, that’s about it this time. Byyyeeeeeeee!