So, my nesting partner, Falon, and I are once again talking about getting our legal name changes done. It’s been something that we’ve wanted to do for a long time. Currently, both of us are still living under our deadnames. But as with every time before, we’re hitting the same snag: our surname.

Here’s the problem: my blood family, the family whose surname we took, disowned us both; then actively worked to alienate, dismiss, degrade, gaslight, and emotionally harm us to the point of us needing to permanently cut off all contact with them.

The clincher came after I got engaged to Falon, who is part Metis. You see, unbeknownst to me until the engagement, the folks on my dad’s side (including dad) aren’t very big fans of First Nations people… or any POC, or newcomers, at all… they’re really, very racist, is what I’m getting at here. Needless to say, none of them had very much respect or kindness in them toward Falon or their heritage.

Bad enough, for sure, but it ALSO turns out that the fam is what’s commonly known as: really fucking bigoted in general. So, when I publicly came out as queer and trans a little while later… whew…

It is no exaggeration when I say that they were genuinely, truly, ashamed of me. Most of them just, kind of slowly stopped talking to me outside of the rare passive-aggressive, demeaning comment on a Facebook selfie. I was in no uncertain terms being shunned.

The only one who really put any effort into talking with Falon and I was my mom. It was incredibly strained between us for quite a while but I hung on because there were these little glimmers of hope… and she was the only family member who didn’t make me feel like I was a freak.

In 2016 she left my dad and moved near Falon and I. Since then, I’ve forgiven my mom in the role that she played in our mistreatment and we’ve repaired our relationship. As part of the healing process, my mom opened up about how she found herself being negatively influence by my bigoted dad, sister, aunts, uncles, grandparents and cousins.

It wasn’t pretty. Day in and day out, every time Falon and I were brought up in conversation,  some of the most dehumanizing, degrading, blatantly racist and transphobic things I have ever heard about us were said in loud whispers among those who SHOULD have been loving and accepting. Before long, my father had taken to creating a very hostile environment about me in particular. If anyone brought me up to him, such as how I was dressed in public or the selfies I put up on my Facebook, he would become extremely angry and would storm out of the room saying the he wasn’t going to talk about “that”…

I cut out my father, who has been awful to my partner [once referring to them as a “loud mouthed native”, among many other choice remarks], who insisted on deadnaming me until very recently, who still refers to me as a “he/she”, and who continues to gaslight, and otherwise emotionally abuse me, about it all to this day.

I cut out my sister, who has long treated me as inferior, who has never once been supportive of me after I came out, who went to our wedding and mocked our LGTBQ+ guests, who stopped talking to me altogether in early 2015, and who refused to invite me to her wedding because she was ashamed of me and didn’t want her fiance’s family to see me.

And I cut out everyone of my aunts, uncles, and cousins, who laughed at me, insulted me, gossiped about me, put me down, and used homophobic/transphobic slurs while talking about me.

I’m not one of them. I never was and I never want to be.

I guess what I’m getting at is that getting your name changed is a LOT easier when you have a family and surname that accepts you, that reflects your roots… but Falon and I don’t. Personally, I’m at a point now where even saying my surname out loud legitimately makes me shudder. It’s gotta go.

But what do we change it to when there’s no family we really feel a part of?

And sure, making up one up from scratch seems like an exciting idea, but it’s not all it’s cut out to be. We’re just not feeling connected to anything really because there’s no history or legacy to it.

We tried creating one that was just for fun, but holy shit the eye rolls it got from most people we told… it was “Kohliida”, an intentional/creative misspelling of the name of a dinosaur (Fal loves dinosaurs) and a constellation (I love space); so to us it meant space-dinosaur! But nope, that was kinda fucking buzz-killed by all the “well meaning” cishet folks who made us feel like losers when we explained it to them.

Our bad, we forgot we were supposed to have a “normal” sounding name like fucking Smith, or Jones, or Boring-Assholes, or whatever.

Meh. Falon and I are unable to conceive children of our own anyway, so, there’s no real investment to creating a family name that isn’t going to be “passed on” or going anywhere besides to us.

We’d just be picking one because we legally HAVE to.

In fact, none of this would be a problem at all if I could just legally be “Mx Nillin”. That’s who I am.

We can’t be the only one’s who’ve had difficulties with legal name changes for reasons like ours though! There have to be other queer and trans folks out there with similar feels about family names. If any of you have any insight to share, please do in the comments below! We would really appreciate hearing your experiences! 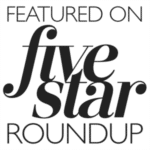 6 thoughts on “On Being Queer, Disowned, and the Struggles of Legal Name Changes While Fleeing Your Abusers”