I kid you not, I’ve been drafting this post for literally 3-years and just never actually get around to posting it in time for the Halloween season. But this is the fucking year!

1. they had to be actual monsters, not serial killers or slashers but monsters, and,

2. they had to be mostly not human, which meant ruling out hotties like Jennifer from Jennifer’s Body and most ever vampire ever, oh well.

But after really thinking about it hard, I think I got it. I got my top 5 movie monsters that make my swallow hard. Here they are:

A cautionary tale on the dangers of unchecked gene splicing, 2009’s “Splice” introduces one of the hottest move monsters ever into our lexicon: the human-animal hybrid, Dren.

Now Splice is a fucking weird movie, but it’s also mostly Canadian, which explains a lot tbh. As a Canadian myself, who’s watched a lot of our cinema, trust me when I say that Splice isn’t actually that much weirder than most of the other stuff from around these parts. Especially when it comes to directors like David Cronenberg or Bruce McDonald. But for most viewers it was maybe too much.

You see, Dren is this fucking delightfully, fast aging humanoid creature with a tail, hind legs, four digit hands, concealed wings, a creepy, guttural purr, and the ability to change sex. As a trans, queer, furry enthusiast this shit is my wet dream! Yet when I search “Dren sex scene” on google it’s overflowing with a lot of people calling the it one of the worst sex scenes in motion picture history.

All of these people are wrong!

Sure, her whole existence is morally questionable, kinda fucked up, and all around illogical, but when Adrian Brody has mildly disturbing, yet confusingly hot, cross-species sex with her I’m like… yes, Adrian Brody. 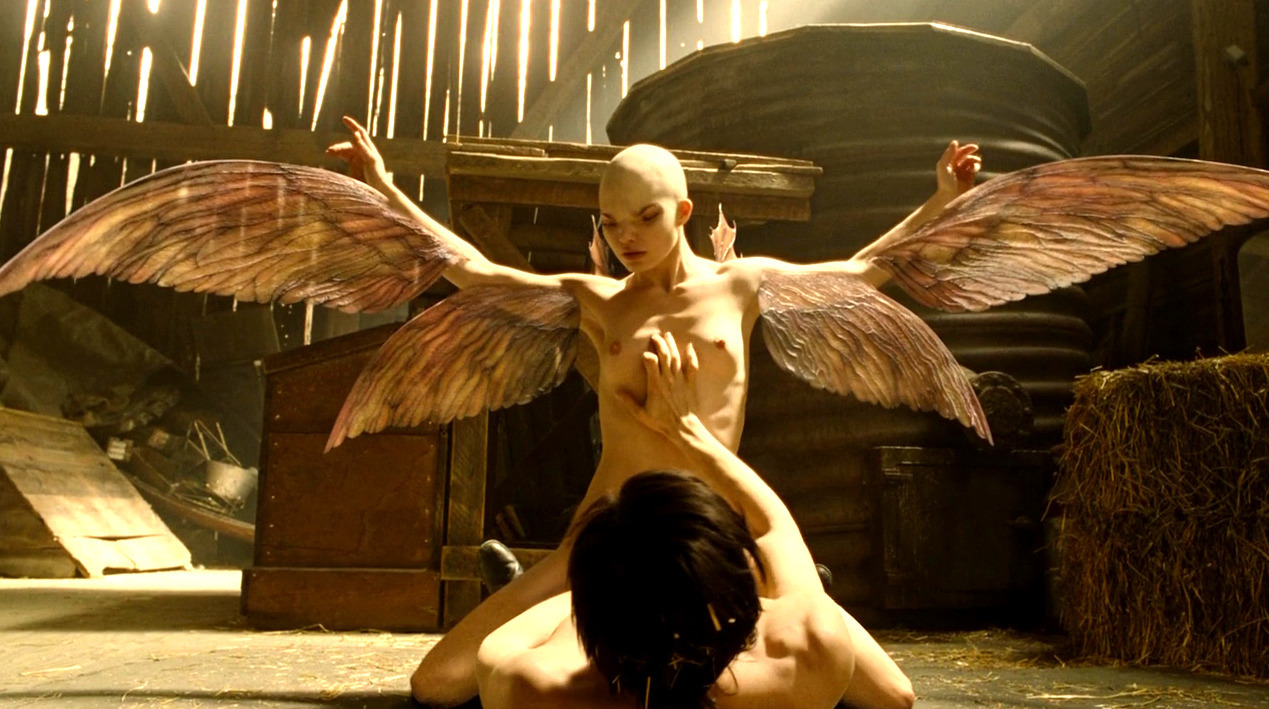 Amphibian Man from “The Shape of Water”

This one’s a no-fucking-brainer. Doug Jones has been perfecting his sexy fish man routine for years through Abe Sapien  in the “Hellboy” movies, and I’d argue even as Saru  in “Star Trek: Discovery”, so when it finally came time for him to put all that into erotic, sensual action as the Amphibian Man  in the Shape of Water of course he knocked it outta the park. He knocked it so out of the park I’m positive it gave confusing arousal responses to many people across the sexual spectrum who secretly, or not-so-secretly, wished they were submerged in water while getting railed by “the jewel of the Amazon” too.

The more I’m thinking about this though… I’m coming to realize maybe I’m just really into Doug Jones. He’s like a real life cryptid,… a tall, lanky, sexy cryptid. Mm! 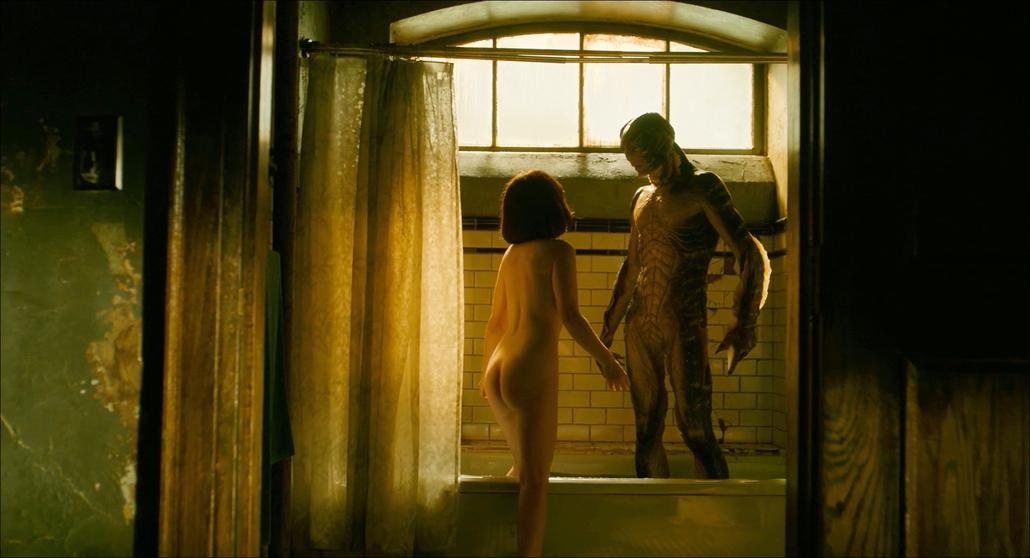 The Lord of Darkness from “Legend”

So it’s Tim Curry as a fucking ripped, hooved, horned, half-naked Satan monster. There’s just so many levels of hotness there you start to lose count from the moment he appears on screen and starts talking in that deep, inhuman, sultry as fuck voice.

Seriously, Tim Curry’s voice in this is just pure auditory sex. I feel like I’m being fucked just listening to him speak and if ever there was a movie monster that I’d literally throw myself to, knowing full-well that he might just outright kill me, it’s be him.

I’m yours, Lord of Darkness!

The Facehugger from “Alien”

Okay, look, I love sucking girl dick, and I love breath play… that right there has the goddamn Facehugger written all over it. And yeah, the egg laying thing kinda gets me going too.

Don’t judge me, you squares!

There’s really not a lot to dig into here. #sorrynotsorry 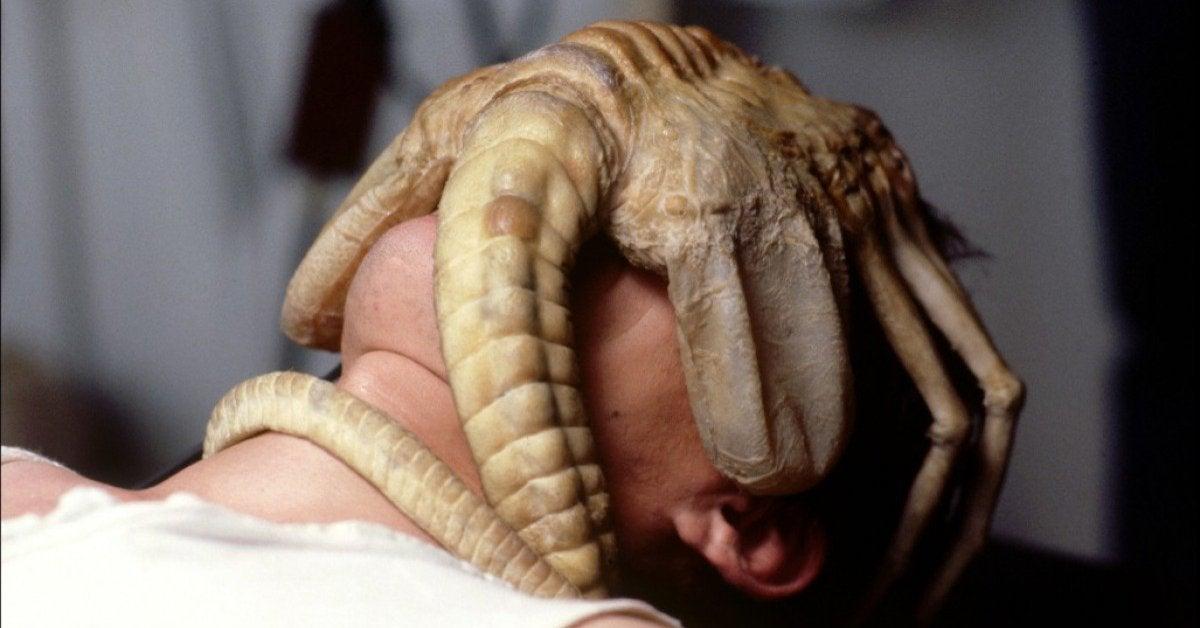 Werewolves from all the movies.

Sure, not all werewolves are created equal in terms of costume design and visual effects but, that’s not really why we’re into them, right? These buff as fuck, hairy, long-limbed, towering beasts bring with them an air of pure dominance and carnal hunger that just- fucking, mmf! Cause let’s get real here, we all know that these baddies carry fucking baseball bat dick’s between those hulking thighs, and I don’t know about the rest of you but I’d let them hunt me down any damn day.

What about y’all? Sound off in the comments below with the ghouls, ghosts, beasts, and creatures you’d let tap that ass any day!