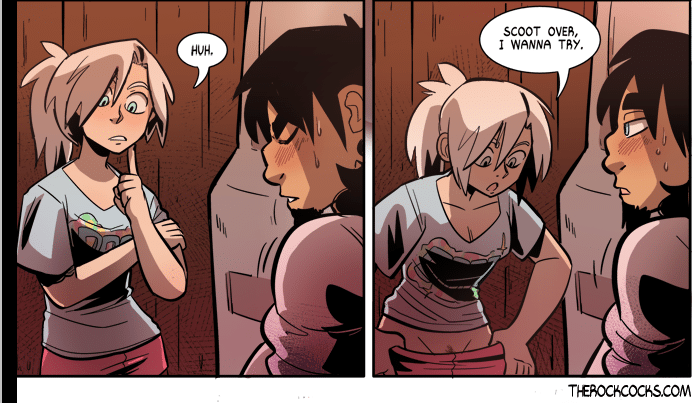 It’s a really hot convo and Suria’s excitement about the whole fantasy is not only super adorable, it also perfectly exemplifies one of the Rock Cocks’ biggest strengths as a sex webcomic: the sexual communication between its leads. 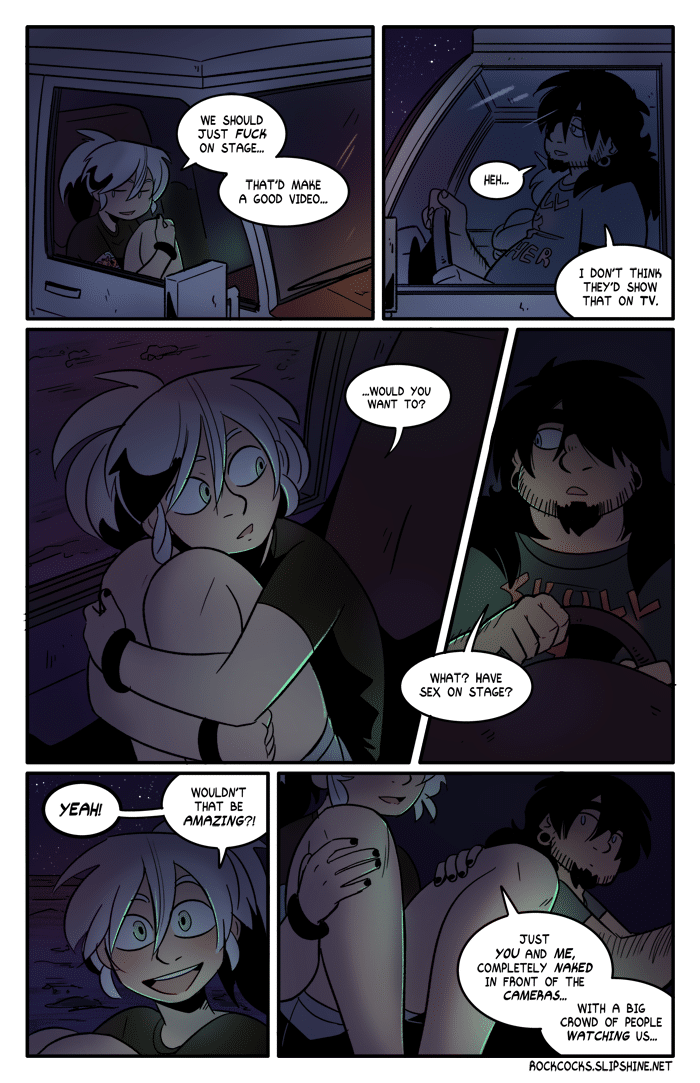 Of course, the incredibly sexy artwork and consistent portrayal of public sex is a huge plus too. So, I guess what I’m trying to get at here is that it’s Friday night and if you’ve never read the Rock Cocks then there are over 200 pages of a really awesome sex comic that I highly recommend you check out this weekend.

It all starts right here with Track 1!