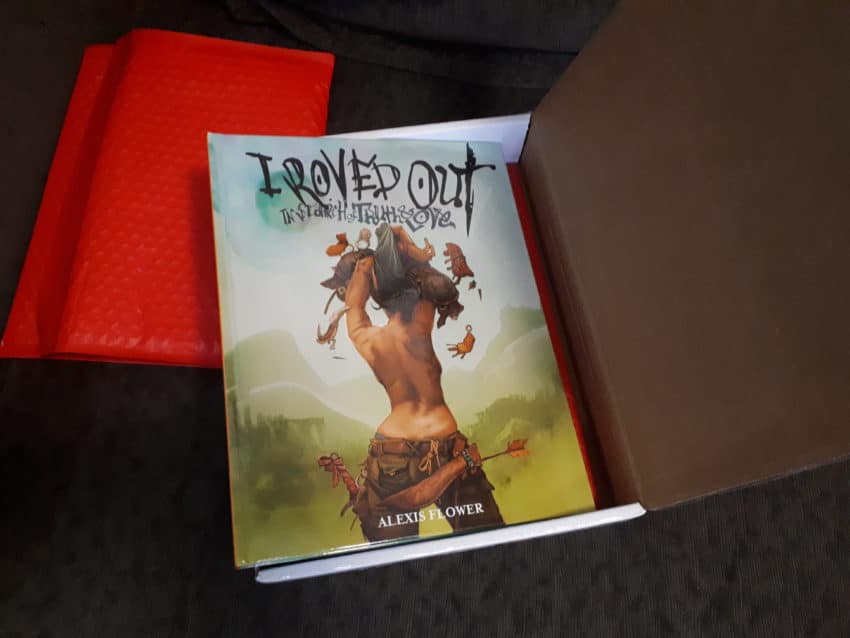 I’ve been a HUGE fan of sex comics for as long as I can remember, but truth is that there simply aren’t a lot of them when compared to literally any other genre. Especially  if you’re looking for anything with queer and trans positive representation. There are certainly some really great erotica graphic novels out there, of course, but once you’ve read the best sellers like Sex Criminals, Sunstone, Chester 5000, and Yes, Roya, maybe Saga, there just aren’t many more titles to go to.

That is, in terms of shopping at mainstream comics and book stores. But God bless the fucking internet because it has proven to be a pretty great place for artists to crowdfund some truly amazing queer smut.

Full disclosure: I’ve already been reading the series online for well over a year now. So, once I saw that there was a collected works of it, compiling the first 300 pages of the story, that I could hold in my bare hands I just HAD to have it. Last fall I reached out to Alexis about getting a review copy and after having a few months to really enjoy it, I’m finally  ready to share my thoughts with y’all here!

Cause here’s the thing, just because it’s enjoyable to read online doesn’t necessarily mean the print copy is going to translate to the same experience. So, let’s look at how I Roved Out stacks up on the reading and writing front in it’s hardcover debut.

Flat out, I Roved Out Tome One is expertly crafted and an absolutely pleasure to read in every regard. Not only is the hardcover print copy itself fucking gorgeous, made of great quality material with solid binding and really nice page quality, but because the webcomic was always written in a full page comic book/graphic novel format from the beginning it translates to print flawlessly.

Each page is just bustling with gorgeous, explicit, sexy art work, that flows really well both in terms of the action depicted and the narrative that frames it. There’s just no confusion here at all, which isn’t something I can’t say of all webcomics I’ve read. You know what I mean? Like, how some of those series, as hot as they are, don’t really flow the greatest when you read it all in a row because they tend to take a more episodic approach with either single page stories or mini-runs, with vastly different panel layouts, that don’t really always make sense together as a full narrative. And sometimes all of that is also framed with big changes in art style as creators hone their skill and find their groove over time, which can be very jarring.

Picking up the book, it’s very apparent early on that Alexis has always had a clear artistic vision for the series. The result of this is consistently stunning art across creative, yet coherent pages filled with panels that grab the eye but don’t make reading the story difficult. Panels flow fluidly, depicting action scenes and passionate fucking almost cinematically. 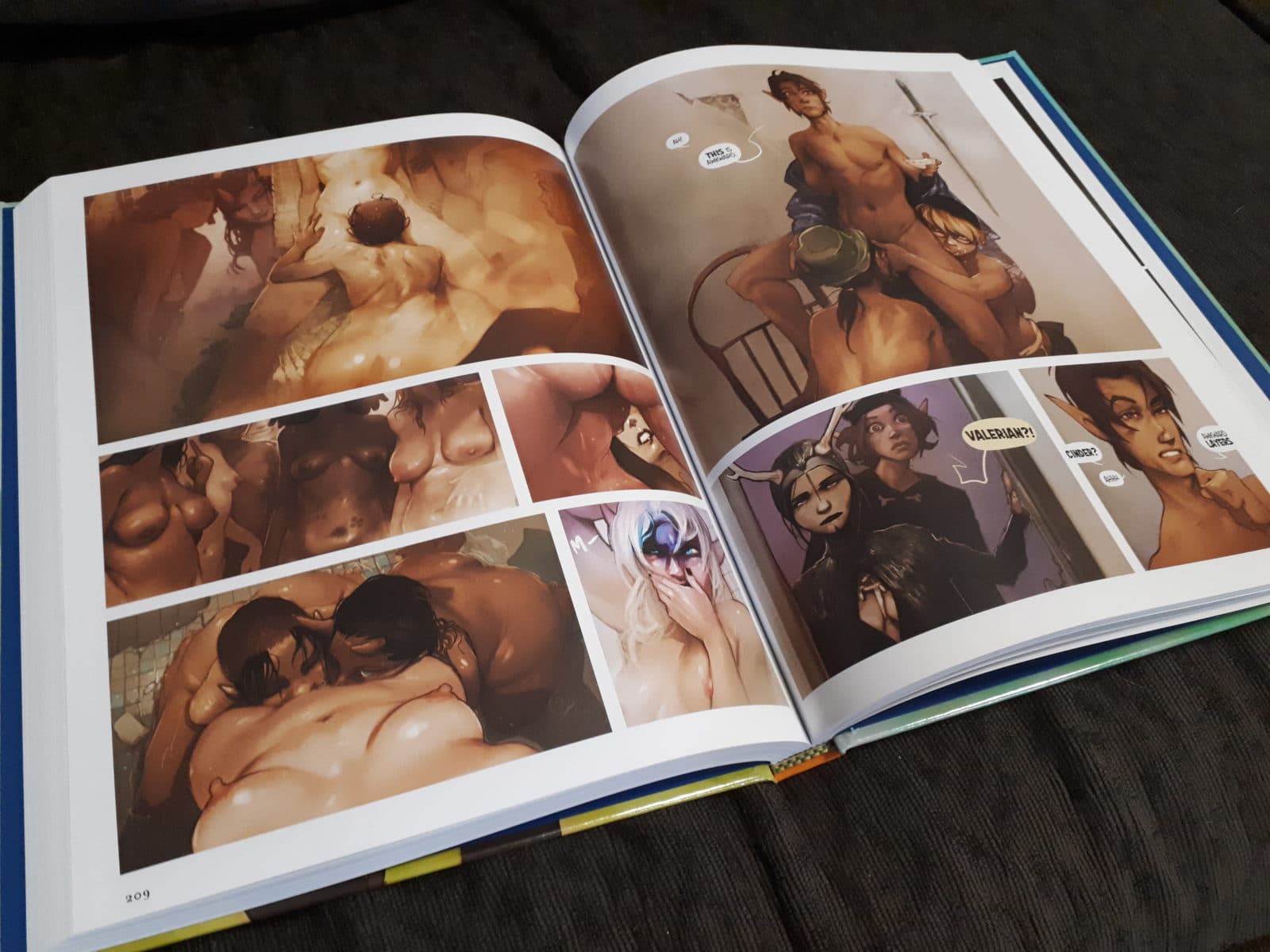 Alright, so, it looks great, it’s enjoyable to read, and it functions as a graphic novel but what about the story and characters?

So, I mean, yeah, it’s all just one incredibly wordy fetch-quest story.

And at its core are some truly endearing, funny characters having incredibly sweaty, sloppy, outlandish sex, that have kept me coming back for more since late 2017.

Click here to buy I Roved Out Tome One.