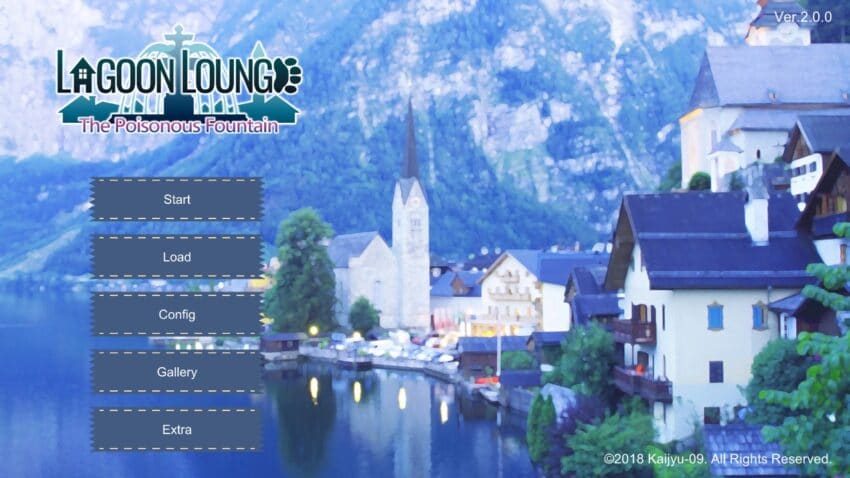 CN: The review contains descriptions of non-consensual sexual acts, including sexual assault, as depicted within “Lagoon Lounge: The Poisonous Fountain“, that may be supremely upsetting to some readers.

Summary: You, the protagonist, arrive in the beautiful seaside village of Harusu after you lose your job and your childhood friend offers you a place to stay and a fresh start working in the titular “Lagoon Lounge“. As you get acclimatized to your new life and employment at the restaurant, including getting to know some very cute furries in the area, you learn of two major mysteries that make up the core plot of the game: 1) What’s with the recent appearance of that rumored giant in the area that literally shakes the earth as it walks late at night, and, 2) Why has the village’s iconic plaza fountain become poisonous to locals and tourists alike?

Is It Sex Positive? No. No it is fucking not. This game is filled with non-consensual sex acts and assault.

I’m actually gonna start this review off by explicitly saying that I DO NOT recommend this game. Not at all. And I’m actually pretty fucking upset that of the hundreds of reviews for it on Steam, which averaged as “very positive”, there was practically no warning whatsoever for the sheer degree of fuckery ahead.

In fact, what I saw from these reviews were comments like “it’s a cute little title”, “quality smut”, “heartwarming tale”, etc.. One review was a single line that read “very good game I wish real life was like this.”

Are you fucking kidding me!? This game is about a rapist. You play a rapist. Now, maybe in the regular version he’s not so horrible but in the R18 patch that adds all the NSFW, sexually explicit content, which is what everybody was recommending (and what I was interested in as a sex blogger), the protagonist is a real shitty person…

If you rightfully think “no, that’s wrong, I’m not going to do this without his consent” and hope for the opportunity to hook up with him in a more ethical way later, then be prepared for disappointment because this moment is genuinely all you get. You can either assault him in his sleep, or don’t, but that’s the extent of your sexual and/or romantic relationship opportunities with him.

Things don’t get much better when later on you can blackmail Yamato, the owner of a rival restaurant in town, into performing a forced blowjob on you that he’s very clearly, visibly upset with and voices not at all wanting to do. After Yamato poisons your boss, Gou, an adorable grumpy tiger man with a heart of gold, and Gou subsequently burns his hands on a hot pan as some weird form of atonement for spoilers reasons, you have the option of going to confront Yamato for what he’s done. But rather than, you know, report him or publicly drag him for being a prick, you instead coerce him into giving you oral sex in exchange for your silence on the matter…

Like, do I even need to explain why this is not fucking okay? Do I really need to say here that just because somebody else committed a crime, that it’s not a valid reason for manipulating them into non-consensual sex?

Yet that’s exactly what the game seems to suggest! Since Yamato is such a fucking asshole and he poisoned your friend, the game basically treats the whole situation as if it somehow justifies you giving him no choice but to blow you. Cause like, he deserved it, right?

If all of that wasn’t bad enough, then in the very next chapter, what starts as a very endearing and exciting date scene with Arashi, the very affectionate and initially charming cook at Yamato’s restaurant, is completely fucking ruined when during the sex scene, after fucking you (which was also uncomfortable because he ignores the protagonist expressing experiencing physical pain that isn’t particularly enjoyable), he subsequently refuses to pull out and urinates inside your ass despite you repeatedly telling him to stop…

To make matters worse, you’re able to name the protagonist yourself in the beginning so I thought it would be fun and immersive to name him “Nillin”, after myself. Big fucking mistake here! Needless to say as these non-consensual sex scenes unfolded I deeply regretted this decision as it was my name I was seeing pop up as the perpetrator of these acts. This made me immensely fucking uncomfortable and unhappy. In the end, the biggest asshole of all is you, the goddam protagonist!

After you both clearly consent to the arrangement a genuinely cute, and hot as fuck scene unfolds as you give this magnificent specimen a helping hand like a good bro, and then move on with your day without making it weird! He even thanks you for the orgasm later and says you can blow him again if you ever want to. 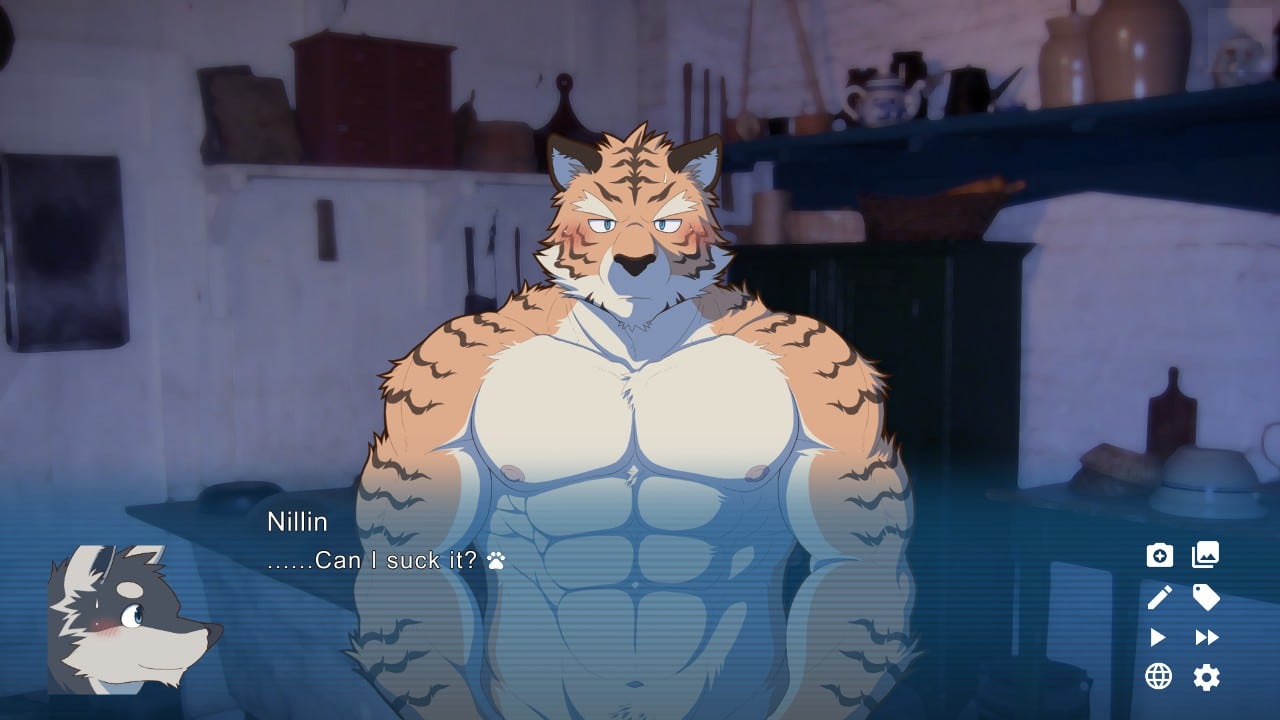 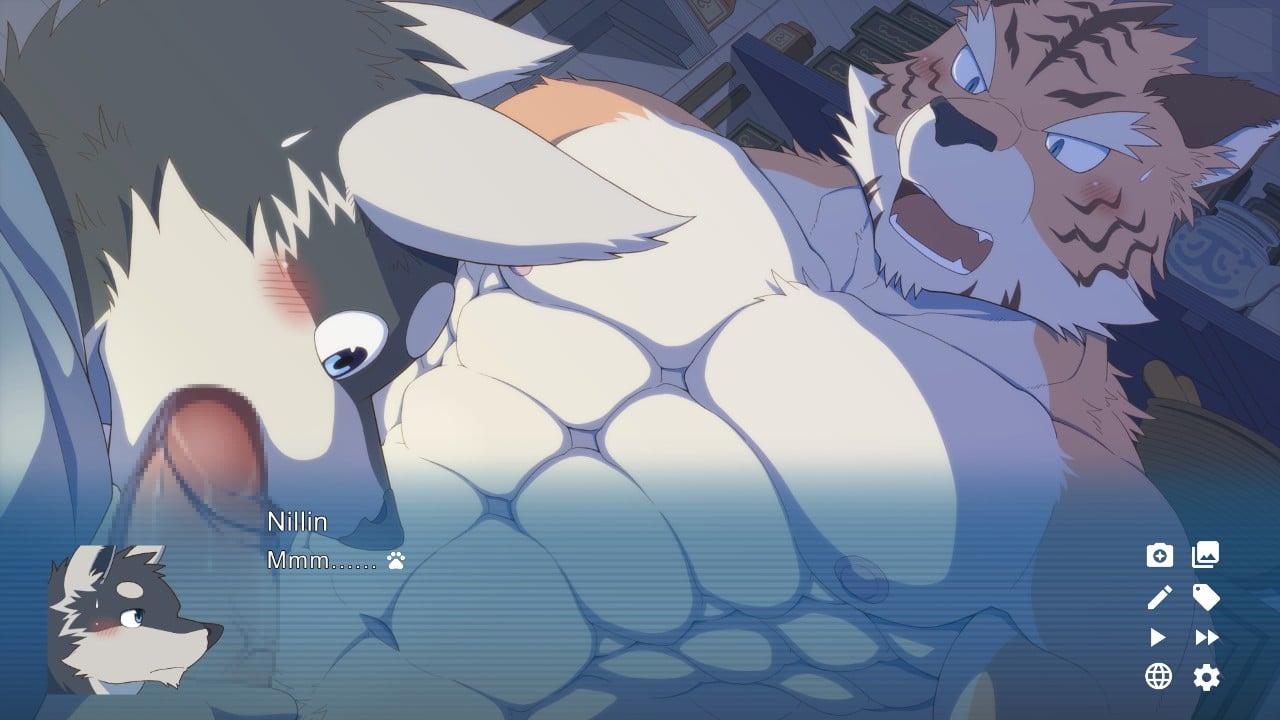 I really wish the rest of the game was like that! It showed great communication, negotiation, and consent! Had the rest of the sex scenes played out in similar ways I would have enjoyed the game much, much more.

Sadly, that’s simply not the case and what is here is supremely disappointing and upsetting as a result. Which is a fucking shame cause I really liked some aspects of the game. Gou and Sousuke are such good boys and the main plot was actually pretty interesting. It was just all soiled by the completely off-putting sexual assault scenes and all of the attempts the writers makes to justify them.