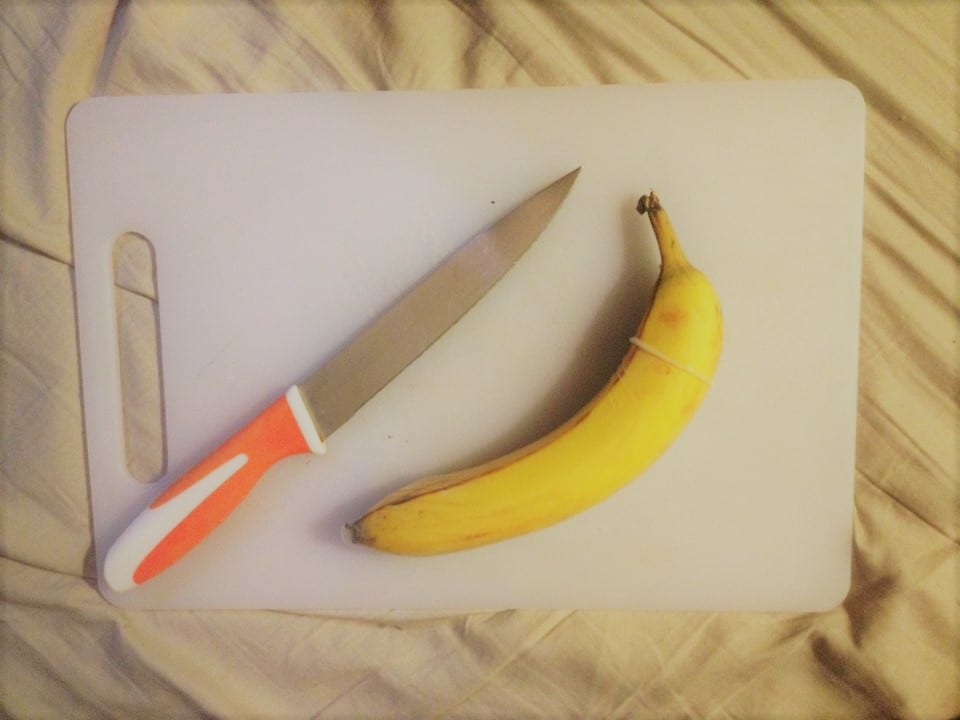 It is time! After two months of wondering how the hell I was going to follow up the 1-Year Anniversary post of “Mx Nillin Fucks…“, in which I fucked myself with a Clone-A-Willy replica of my girl cock, I’m back and by golly do I think I have it!

Which now brings us to the seventh installment of this series, and the first official entry to Year Two, and may I just say…

That’s right, I’m gonna fuck a banana… AND fuck myself with a banana too! So, I guess I’m fucking bananas, plural.

About as much a bundle of fucking bananas costs… so, I dunno, what? Depending on the time of year, weight, sale price, or the grocery store you go, a couple of bucks? Honestly, I don’t buy bananas a lot.

Okay, real talk: ripe bananas can’t take a lot of pressure… they’re pretty soft and there’s a chance that if you have one inside of you without any protection, and you orgasm, guess what? That’s right… muscle contractions + soft banana = banana smoothie.

So, if you want try penetrating yourself with one, which is totally cool, I just strongly recommend that you buy an unripe one and be sure to put a condom on it before it goes inside of your body. Not only will the condom protect you from potential germs (those things ain’t sterile at all), but even if some banana does leak out it’s most likely to remain in the condom, and not in your anus or vaginal canal.

Make sure you get a pretty long banana too cause you’re gonna want as much of a handle as you can get. Keep in mind that unlike actual sex toys, these things don’t come with a goddamn flared base to keep them from, uh, “disappearing”. So, you know… food for thought there. 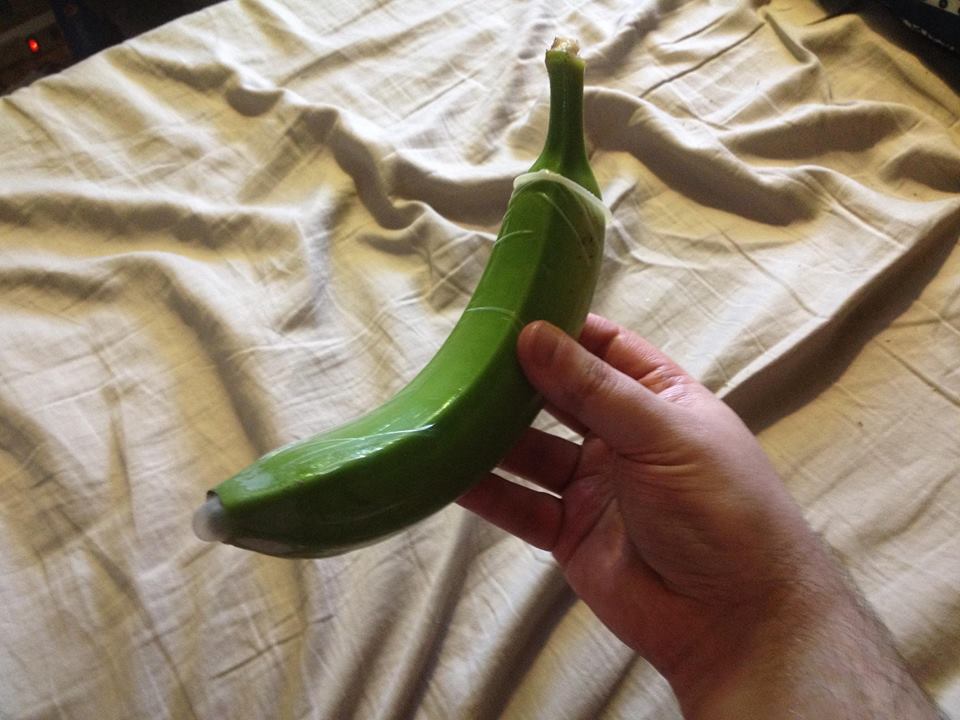 I mean, fine, okay, I didn’t (as you’ll soon see) but that was my choice and if I DO get a urinary tract infection from this then that’s on me. That’s my awkward conversation with my GP.

Just do what I say, not what I do? Alright?

Bag your damn banana before you ‘bate with that peel.

Straight up: fucking my butt with the banana did absolutely nothing for me. It was awkward, unsatisfying, and generally didn’t really feel good. It just… was not my jam, at all.

However, it did result in my partner taking this HILARIOUS picture haha. 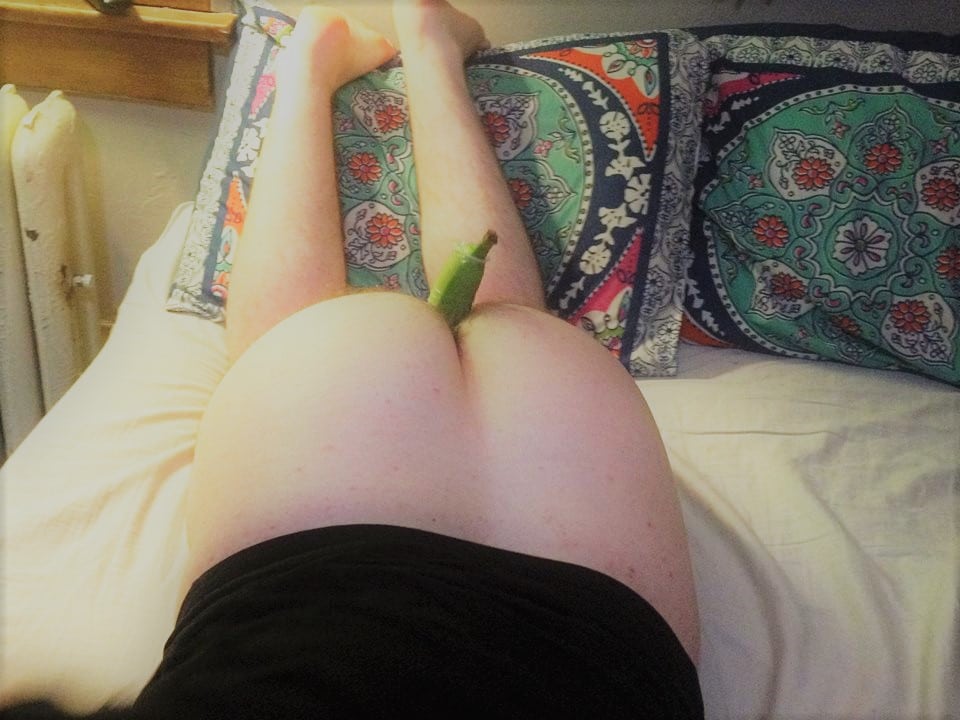 It wasn’t the worst but it also wasn’t pleasurable in the least for me. It honestly just felt like I was inserting a kind of rigid, cheap, textureless plastic toy. Nooooo fucking thanks.

“But wait, Nillin! You said that it was awful AND incredible!”

You’re absolutely right, my non existent friend whose dialogue I made up for this weak joke! I did say that! So, what was this “incredible” part, you wonder?

Why I’ll tell ya! It was the banana peel. Holy fuck… that banana peel. It was so fucking good. Like, it was… I jerked off with 5 of those bananas, good. THAT’S how good.

I do recommend paying close attention to ripeness though. You want a peel that is nice and yellow, with as little green or brown coloration as possible. The best peels I masturbated with this week were green when I got them, then were in their prime about a day or two after that.

Honestly, jerking off like this has been a fucking revelation. I’m actually mad at myself for never thinking to try it before. Oh the wasted years! You know?!?