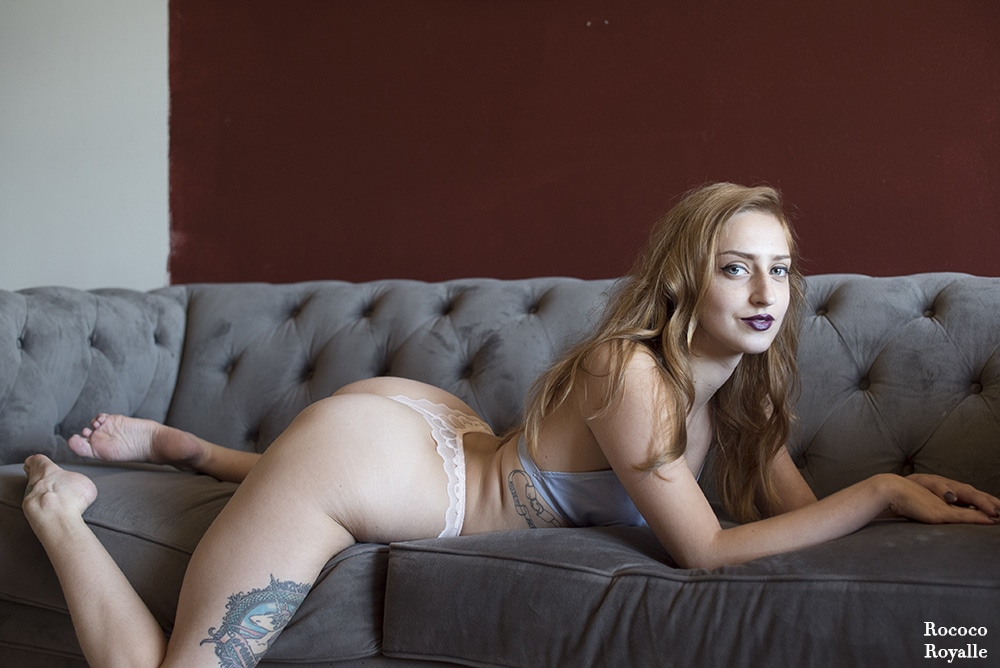 Back in May of 2016 I was in a pretty rough spot in my life emotionally and psychologically. I felt trapped in my transition as a non-binary person and I was feeling a lot of confusion, frustration, and some pretty heavy shame about my body and sexuality. There was a lot of unpacked, unresolved sexual guilt and shame that I simply had never addressed up until that point.

In late 2015 I had been running my own sex Tumblr where I was sharing nudes, and writing about my struggles to embrace my kinks, unpack my baggage surrounding sexual pleasure, and generally understand myself as a sexual being. Unfortunately, I ended up shutting that down for what I have since have come to realize were all of the wrong reasons. Though, maybe it was a blessing! I mean, the sense of loss I felt over that Tumblr did end up motivating me to create www.mxnillin.com and lead me to sites and communities like The Crash Pad Series.

I actually heard about both for the first time through following Byron Dubois, who is both an outstanding performer and a fabulous human being, on Twitter. It was the photos from their “Gold and Rust” Lust Garden shoot that drew me in.

First most and foremost, Rococo Royalle is a proud “Bushy Queer Intersectional Feminist Slut,” and these qualities gloriously show in all of the content you will find on her Tumblr site.

As an artist, model, performer, creator, photographer, and director herself, Rococo’s body of work, whether it features herself or other performers entirely, is consistently beautiful, intimate, and exciting. Honestly, once I got into the groove of scrolling through her collective work it was easy to lose myself in all that the site offers.

On top of all this, Rococo offers a wider variety of other services and products such as private skype sessions, access to her Snapchat, signed prints, and sales of her worn panties, among other things.

She also happens to be the creative mind behind The Lust Garden, which has equally as fantastic content and features a much broader range of performers. So, if you check out one, be sure to take the time to look at the other as well. From the few scenes I was able to view, I’m confident both will be well worth your time.

In one scene that I had the pleasure of watching, called “Good Vibes”, the camera focuses on Rococo in a green armchair as she pleasure herself with a vintage, hand mounted vibrator. It’s seriously mesmerizing. I mean, this device is a BEAST. It’s big, looks like some sort of steam-punk power glove, and I can honestly say that I have never seen anything like it before in a solo-scene. And when the scene gets into some slow motion shots of her fingers rippling from knuckle to fingertip against her labia, I quickly found myself going back multiple times to watch it again.

In addition to Good Vibes I was also able to view a scene from The Lust Garden called “Hide & Seek”, staring Cruel Valentine and Nicki Sunshine. To those of you who frequent my blog you already know that I’m a very big fan of exhibitionist content, especially outdoor stuff, and this shoot didn’t disappoint. Beautifully filmed, well framed, and once again surprisingly intimate, I highly recommend you make this one of the first you buy if you do decide to try some of Lust Garden’s content out for yourself. Watching Cruel tape Nicki to a tree, then caressing her, before paddling, caning, spanking, and strap-on fucking her in the middle of those lush woods… holy shit. 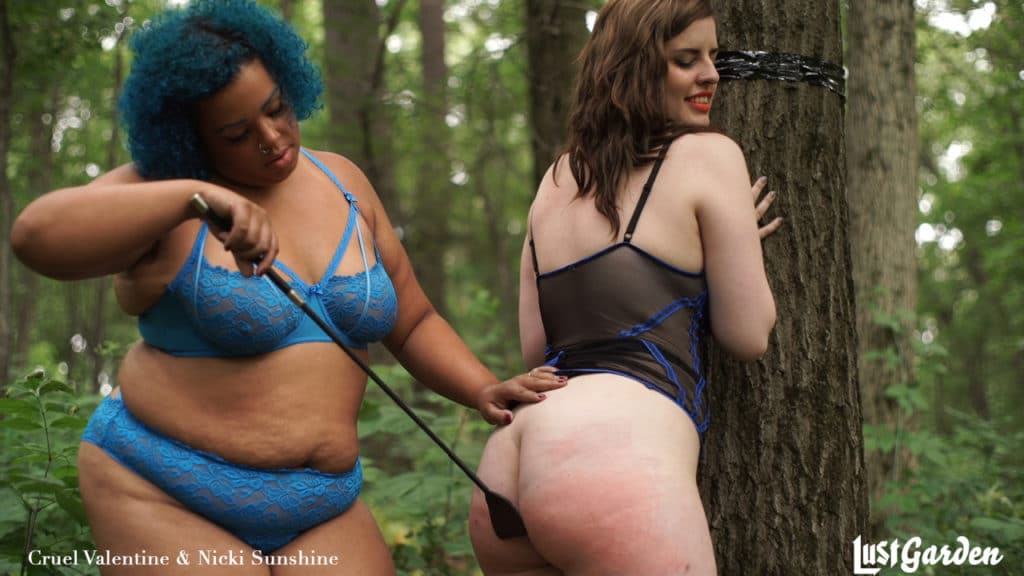 Yet as much as I enjoyed these scenes, as well as the generous amounts of free photography previews, I did personally feel a little frustrated by it all being hosted on Tumblr.

This is most apparent with the Rococo Royalle page. When I first visited the blog it was actually pretty overwhelming. The header looked more like a blog post and the menu felt busy, with some of those links feeling like they could be combined to make it look less crunched. Then once I scrolled by that initial header and introduction blurb, my eyes were immediately greeted by a big jumble of… stuff… that I wasn’t quite sure how to process as it was all just there in a seemingly unorganized stream. Between the pile of pictures, videos, reblogs, and more all jumbled below, I wasn’t exactly sure of where to start and I found that the mix of shared content from other users as well were actually a distraction from the outstanding looking work from Rococo herself.

Of course, I also recognize that the Rococo Royalle page IS a personal blog and not a paid site, so, I can understand why there is a mix of personal posts, professional sex work content, and things from other creators entirely. If I had my own Tumblr account, and was following Rococo Royalle, I probably would appreciate the more personal touch of seeing her regularly posting selfies and sharing content from others that she enjoys. That’s all part of the interactive experience that you get from following an artist whose work you enjoy.

None of that changes how cluttered I feel Tumblr is in general, though. It’s just… it’s so much, you know? There’s so much going on all the time and Tumblr feeds always feel so packed even on the quietest of days. I personally can only take Tumblr in small doses, whereas a more centralized and streamlined website, which could still have a blog section, would be easier to navigate.

Still Worth Every Affordable Penny

All of that being said, none of these site gripes change the fact that both Rococo Royalle and The Lust Garden are producing outstanding content that I would genuinely recommend to any one of my friends or readership. Especially considering that it is all so reasonably priced.

So, if you are interested in sex positive, feminist, pleasure focused, queer and trans inclusive pornography, both Rococo Royalle and the Lust Garden are honestly some of the best content you’ll find in any of those areas.

Just be prepared to dig for it, I promise it’s worth the effort.