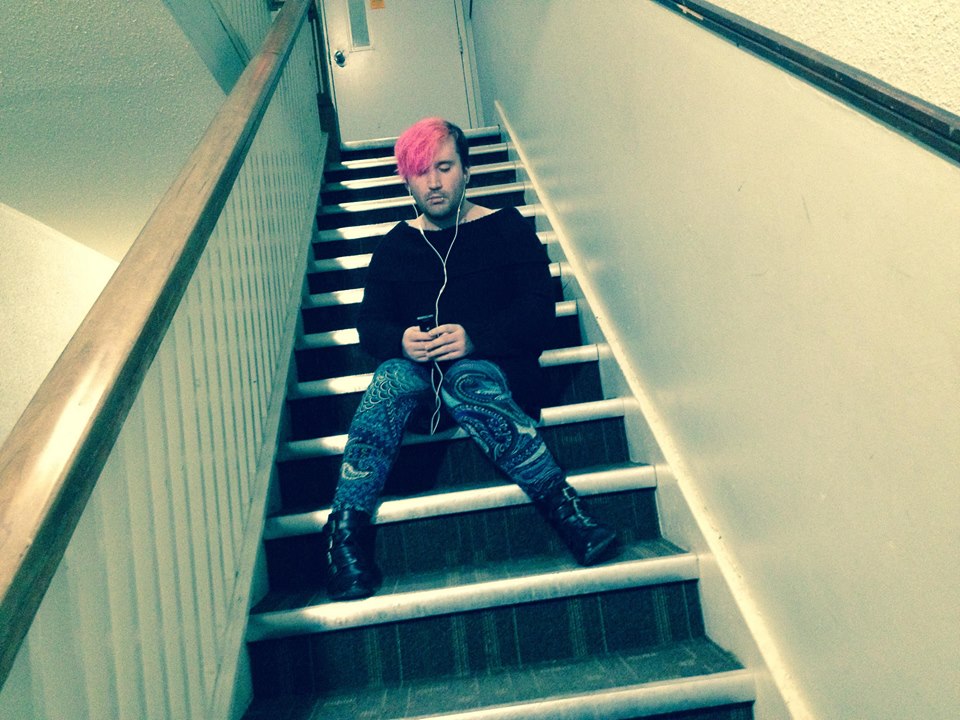 My nesting partner, Falon, and I moved not too long ago, and in that process I came across something that walloped me right in the fucking feels: my old iPod.

On it was all of the music that I listened to throughout my late teens, and well into my mid twenties; which was essentially a shithole period of heavy alcohol abuse, deep depression, and general dissociation from who I was and the life I was living, all while I awkwardly came to terms with my closeted queerness. Or, more that I acknowledged that I did queer things (I crossdressed and I sucked a substantial amount of cock) but not that I WAS queer myself (that self-acceptance came closer to my 30s).

It wasn’t all bad though. This was also a time of glorious gender fuckery, meaningful introspection, and impactful self-exploration, all set to the soundtrack of post-punk feminist rock and the Riot Grrrl movement.

It was all a gift, the iPod and the music, from my best friend at the time. She and I went through a lot together and I’ve always lamented how much we’ve drifted apart over the years, maybe in part because of how difficult it is for both of us to think back to that time in general.

But that’s not what this is about. This is about the anthems she gave me.

This is about these 6 songs that uplifted me most as a closeted queer:

It’s only natural that this list should start with Sonic Youth, because I suspect that if my friend hadn’t discovered them then I never would have either. In fact, I wouldn’t have gotten that iPod with ANY of the other bands on this list if it hadn’t been for her getting into them.

None of the bands I know and love today were anything I ever would have sought out on my own. ESPECIALLY then. I was too busy being a misogynistic, homophobic, transphobic, self-loathing dick who hated the thought that they might be gay. But then in came my friend with Sonic Youth and I silently began blossoming like the fucking queerest of flowers.

[If you like this, also listen to: Mary Christ, Dirty Boots, and Teenage Riot.]

I’ve probably listened to this song more than any other in the last decade.

In fact the entire album this came from is probably, at this point, my most listened to album of all time.

No matter how many times I hear it, Deceptacon never fails at pumping me the fuck up and filling me with the happiest of queer feels. I’m talking hairy tits popping, capitalism smashing, panties tingling levels of happy queer feels.

[If you like this, also listen to: Hot Topic, What’s Your Take on Cassavettes?,and Phanta.]

I’ve loved everything from Yeah Yeah Yeahs, all the way back into their heavy punk days, but it was their albums Show Your Bones and It’s Blitz! that had a big impact on me.

For whatever reason, I listened to them most during my daily public transit commutes to and from University; which were often quite depressing as I felt utterly aimless in life at this point, in a useless field of study, and trapped in every sense of the word (physically, emotionally, financially, educationally, etc.)

But listening to Yeah Yeah Yeahs made my mornings more manageable and, on some occasions, even enjoyable.

[If you like this, also listen to: Turn Into, Soft Shock, and Gold Lion.]

Other than Deceptacon from Le Tigre, this is the other song that I would also call a genuine anthem for me as I stumbled through my formative years.

Listening to it then, my shame and guilt melted away and at least for a moment I felt a degree of “fuck everyone, I’mma be me.”

Listening to it now: it riles me up, makes me feel like I can take on the fucking world, and like I REALLY want to find some tiki torch Nazi to punch right in the fucking face.

[If you like this, also listen to: Suck My Left One, Carnival, and Double Dare Ya.]

Sure, I first discovered them while I had been deeply buried in the closet, but unlike some of the other bands on this list I never stopped listening to them for even a moment. They came out with me and have provided bitching overtures through every step of my self-realization as a chubby, hairy, polyamorous, queer, andro-babe.

I practically molded myself to their sound and I genuinely hope that someone else out there in the closet checks out this track and has a fucking soulgasm that sets them on the path they need.

[If you like this, also listen to: Jumpers, I Wanna Be Your Joey Ramone, and Modern Girl.]

Nouvelle Vague – Dancing With Myself

Big change of pace from the others, I know, but Nouvelle Vague has long been a go to of mine when I’m in a really bad place. And age 17 to 25 was a REALLY bad place for me. So, when I found this french band of femmes making bosa nova, lounge covers of popular songs in 2006, I fell for them, and I fell hard.

Dancing With Myself, specifically, became the song I returned to on especially bad days. Even today, there are the occasions where I just need to throw this on and dance around the apartment in my panties for a few minutes.

[If you like this, also listen to: Ever Fallen In Love, Just Can’t Get Enough, and I Melt With You.]

Now I could have gone on and on here, jumping into more Riot Grrrl with Bratmobile, then heading into some Queercore music with Team Dresch, and even touching on some alternative rock with L7 and The Breeders. But then we’d be here all fucking weekend.

So, enough from me. What music was important to you while you were in the closet?