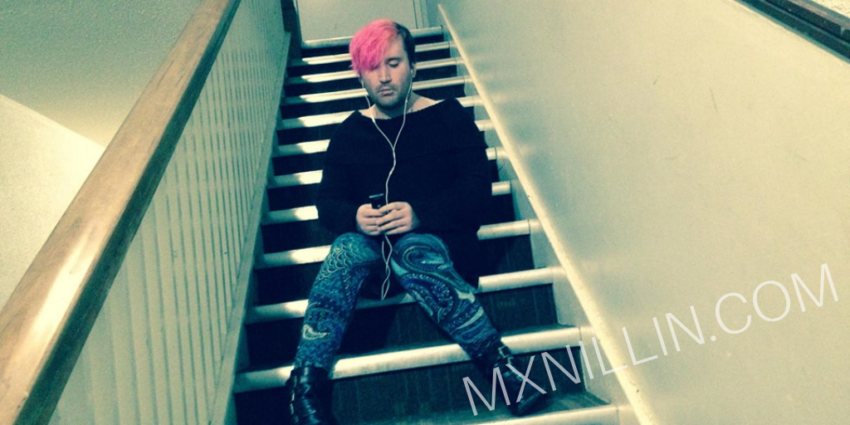 And by me being not strong, I mean physically. When it comes to my emotional intelligence, my perseverance in the face of seeming insurmountable queerphobia, and my ability to face great adversity in my pursuit of bettering myself and my community, I’m a fucking beast, yo. But those aren’t the strengths I’m expected to have.

While I’ve come a long way with accepting and embracing my beard, as well as my body, even though there’s plenty about it that I wish was different, other people have a particularly hard time with how to treat me as an AMAB non-binary person. Because generally speaking no matter how accepting most cis people like to think they are, most of the time they still seem incapable of truly seeing me, or treating me, as anything other than a man.

The instant a cis person sees me I immediately recognize the mental gymnastics going on. It’s all over their face and everyone does it whether they think they do or not. I can see the sheer confusion, and sometimes even panic, flood through them as they make the split second decisions that determine how they’re going to treat me for the remainder of our encounter. One of two things tends to happen: they either completely and utterly ignore how fucking queer I look and sound, pretending that I’m not wearing a dress at at all, and misgender me with he/him pronouns, or, they overcompensate to brutally awkward levels and misgender me the other way as she/her. Oftentimes it’s the latter with cis women, who tend to also become uncomfortably friendly about it and start calling me “girlfriend” and shit.

It sucks, for sure, but cis dudes are way worst. Because with cis dudes always gender me as a man and that misgendering tends to be laced with a very strong degree of pessimism and resentment too. It’s incredibly obvious as wll, coming out in both their body language and tone of voice as they express condescension, verging on ridicule. The vast majority refuse to acknowledge my transness, getting visibly upset and annoyed if I try to assert otherwise. Fact is, most are just not at all interested in accommodating or respecting diversity because to them it feels like work. It makes them feel put out because they don’t feel like they should have to put that much effort in. It’s their privilege, really, and it shows in a lot of ways both big and small.

One of those big ways, to me at least, is how almost all cis people, be they a stranger, acquaintance, and even some well-meaning friends, have a tendency to still assume that I am physically strong and should therefore have no problem with heavy lifting and shit. I kinda get it. I’m chubby with broad shoulders, kinda thick arms, and a big hairy chest. Lately I’ve been rocking a full beard. There’s a lot of deeply ingrained stereotypes in there centering that sort of physique. So, it makes sense, even if it is ultimately still sexist and transmisogynistic.

Here’s the thing though: I’m not fucking strong! I can’t lift very much, like, at all. I struggle immensely with moving things, get incredibly shaky if I’m asked to carry anything over 20 lbs for more than a few steps, suck at bringing in the groceries, and have been known to straight up break heavy furniture by dropping my end because I just couldn’t handle it.

It pisses me off too cause even if I try to calmly, respectfully explain it there’s often an argument of some sort that sometimes leads to me still getting guilted into pushing myself. That, of course, leads to me hurting myself, pulling a muscle, getting extremely fatigued, experiencing a migraine, or even difficulty breathing (I have bad allergies and am an ex smoker so heavy lifting often leads to uncomfortable breathlessness). If I stand my ground and don’t let myself get guilted into it then I’m often shamed, get the classic eye roll, or given “that” look.

If you’re AMAB then you know what I mean. It’s the “what’s this guy’s problem? why’s he such a pussy?” look that queer folks get, predominantly from cishet men uncomfortable with queer masculinity and non-binary trans people. Not to say at all that I’m equating the two but that they are often lumped together in transmisogynistic ways.

And right there is where the transphobic part of all this comes in: people making sweeping assumptions about my body, my sex, and my gender that makes them believe despite me being a non-binary queer that I should be able to lift heavy things because they perceive me as a “male” who should be able to do it.

Luckily, I’ve already had these conversations with my partners and close friends, and they get it. Some of them have even experienced similar struggles themselves and totally understood without me even really having to go into it with them, which I appreciated a lot. But to everyone else reading: please stop making assumptions about others based in sexist notions of gender and bodies. Stop drawing cisnormative conclusions on your own personal observations of a person’s physique and what you feel that they should, and shouldn’t, be capable of.

Not being transphobic isn’t enough to be an ally. It’s also about unpacking all of the deeply ingrained cisnormative and transmisogynistic things that come through subversively as well. And while you may not have known you were doing these things before, now’s as good a time as any to reflect and ensure you change any of the harmful behaviors that still linger. 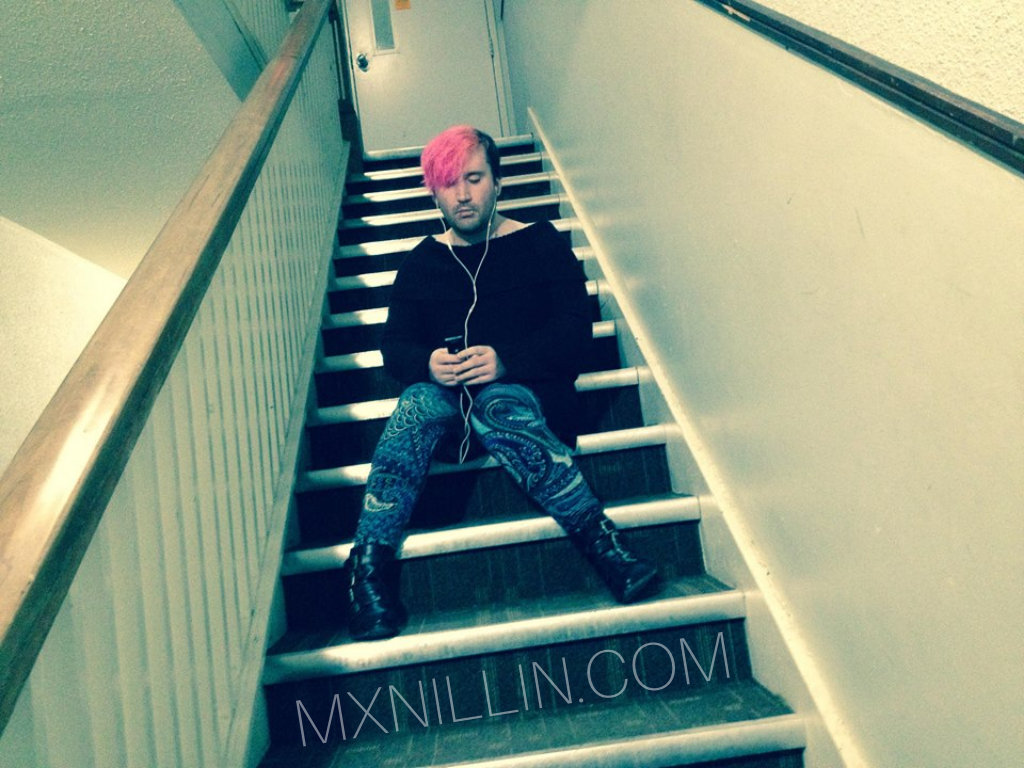