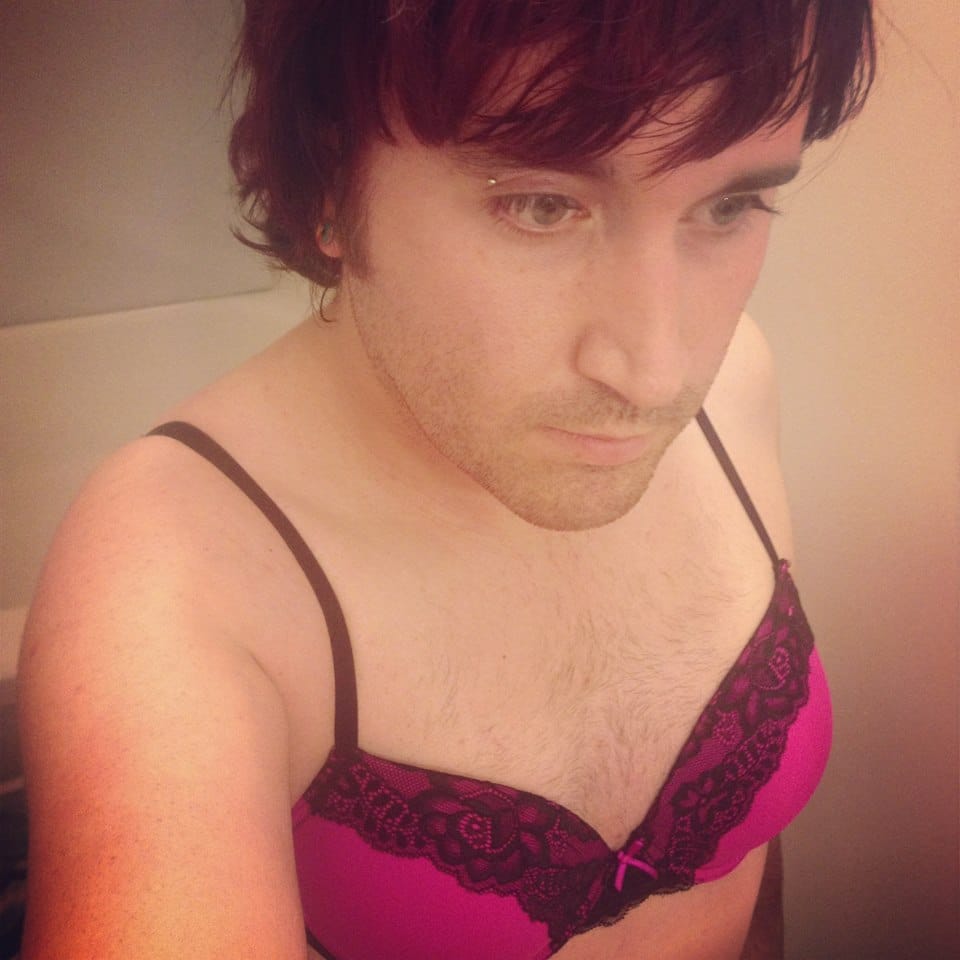 Once upon at time, I was completely convinced that in order to feel happy, safe, and fulfilled in my life after coming out as queer and trans, I had to strive to pass as a “woman”. Not only that, but I also had to feel uncomfortable with, or outright hate, my body. I mean, if trans people don’t hate their bodies, if they don’t want to change absolutely every single thing about themselves in order to live and be perceived as the “other gender”, then are they even really trans?

Of course they fucking are!

Still, as obvious an answer as that seems you’d be surprised at how admonished non-binary, gender queer, and gender nonconforming people are not only in mainstream society, but in queer and trans community spaces too.

Fact is that there exists a socially idealized trans person, and that model is almost always white, slim, femme, and unmistakably cis passing. They’re also (tellingly) very nice to cis people (despite any abuse they receive from them), they don’t “make waves”, they don’t speak out in ways that make “allies” uncomfortable, they don’t march in protests (just fun Pride parades), and they generally tend to push assimilation and conformity above the needs of their most marginalized peers (QTPOC, sex workers, newcomers, queer folks with disabilities, etc).

So, essentially the ideal trans person that’s put on a pedestal (that I was introduced to very early on) is as close to being perceived as a neurotypical cishet as you can get, or at most is a well-behaved queer trying to do their best to “fit in”.

When you divert from that, or god forbid actively subvert it, it’s fascinating how quickly your “community” is willing to disregard you for the “greater good” of binary trans acceptance.

Now, I’m not saying that wanting to fit in is bad. I’m not saying that you’re a terrible person for striving to pass as a binary gender. What I am saying though is that presenting one narrative as correct, and universal, above all others is brutally, thoroughly, dangerous and harmful to everyone who it doesn’t apply to. And believe it or not, there are FAR more people who exist outside of that narrative than you think.

Why am I rambling about all of this?

Because all of this was exactly fucking why I stopped shaving and I embraced my fat, hairy, rude ass.

Most of all, I was tired of constantly chasing unobtainable outcomes and standards that I set for myself not because I wanted them, but because I thought I needed them in order to survive. I thought that I needed HRT in order to pass so that I could blend in, be safe, be respected, and to receive love. I thought that I needed laser hair removal to look nice, to be attractive in a dress or skirt, to be accepted socially, or get a job.

Anger is an energy that can be harnessed as both positive or negative. Also, those “allies” that leave you in your moments of anger were never really there for you in the first place. Their support isn’t genuine when it’s conditional on your fucking tone and their garbage respectability politics. Fuck ’em.

My anger has helped me stand up to harassers, abusers, bigots, and more. It has helped me set boundaries for myself that have improved my mental, emotional, and physical wellness. It has empowered me to embrace myself, to speak out, to share my experiences. And it has motivated me to create content, resources, and supports for others.

It has been fucking revolutionary in my life and it has helped me learn to love myself in ways I never have before.

I hope you find that power too.