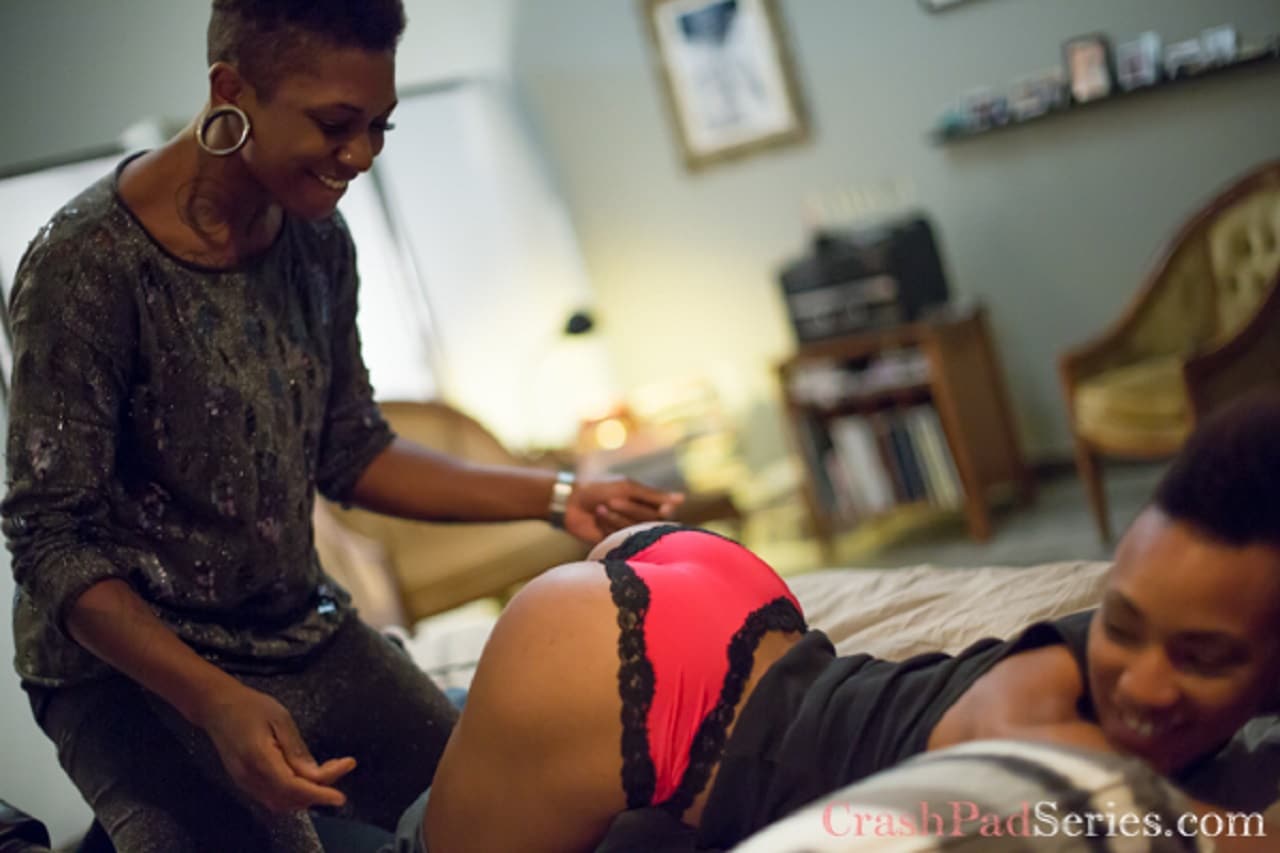 (…) The same terms that are used by these companies to depict our sexualities are the same slurs many trans women hear when they are being attacked.

This past April I was afforded the opportunity to explore the site for a full month in exchange for a written review. Now that some time has passed I can confidently say that I have never seen pornography like this. Now that my trial subscription has lapsed… I miss it. I miss all of it.

These conditions contribute to toxicity on numerous levels that I, for one, certainly still feel the effects of today.

As each item of clothing comes off I tend to feel less and less femme, less and less myself, and, ultimately, less and less attractive. I see my dress, bra, bra inserts, leggings, and panties on the floor and I am forced to face this body that I feel so unhappy and disconnected from. The body hair, the flat chest, the broad shoulders, the square jawline and stubble on my face; all of it just becomes so apparent when I am naked and it can sometimes be difficult to fully involve myself in sex when I am so hyper-aware of these things.

Spending a month exploring Crash Pad Series proved to be the opportunity that I needed to FINALLY challenge some of those negative perspectives that I had of myself and to begin unpacking some of my baggage; which has been overflowing with sexual shame and anxiety for far too long.

Additionally, I was a little disappointed that with a blog section on the site there weren’t a lot of articles on there. It would be really cool to read advice posts on, like, taking sexy photos of your partner(s), or nude selfies for your lover(s), or even pointers from the stars on producing your own sex videos. Maybe even some performer spotlight pieces, product reviews and recommendations from performers, and just some general personal pieces from some of the performers willing to share about their kinks or experiences.

There were the odd posts similar to that in the blog section but they seemed pretty infrequent and I wish there were more shared perspectives of queer-sex from those involved with this outstanding site.

But overall, these few criticisms do not substantially take away from how amazing Crash Pad Series is.

At no point during my time exploring the site did I ever feel uncomfortable or unappreciated as a trans and queer viewer; which is more than I can say of literally any free site out there.

I’ll be renewing my subscription ASAP.

NOTE: Thursday updates will be re-posts from mxnillin.wordpress.com, which was permanently suspended by WordPress for due to their anti-porn and anti-sex work policies. This post was originally published on June 6, 2016. Read the full story here!