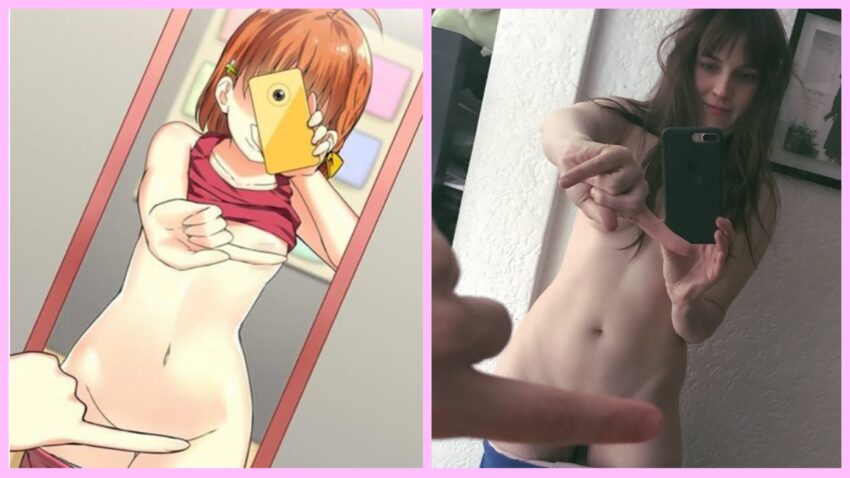 Ah yes, the Internet. The only place in this world where one can find the most ridiculous, and somehow most arousing, content available. Among the mountain of stuff I enjoy to consume over NSFW Twitter, reddit, etc. spaces has always been the plethora of outstanding sexy photo trends and memes that crop up ever year.

They’re not all made equal, but there are definite some gems out there! Here’s an explicit look at five of my absolute favorite, over the last five years, in order from most recent to oldest:

Coming during a time when folks generally were struggling with feeling sexy as the whole world burnt around them, and when major platforms for hosting content were becoming increasingly anti-sex, this recent trend is quite possibly the most impactful lewd picture trend of the entire pandemic, IMHO. It’s not my personal favorite, but it’s fast gaining solid traction and folks seem to fucking love the aesthetic!

“Iced Latte With Breast Milk” just all around had some of the best NSFW qualities going for it: its simple, silly, involves something consumers love (coffee), is very easy to mimic, and it’s all packaged in basic pics of mostly naked, big titty folks wearing undersized aprons.

Maybe they can’t publicly say they condoned it, but execs at Starbucks have got to be thankful for this one!

It’s exactly what it sounds like, and I’ll tell you right now that it’s easily my favorite lewd trend of all time. Not just of the recent ones. I mean, it’s cute, sexy femboys and traps dressed in tight, skimpy Hooters uniforms! Some with delicious bulges, others with thick, smooth cocks just a danglin’, all amazing in every conceivable way. This one’s, like, not as even remotely as popular as I thought it was; which is a damn shame. Technically a spinoff of the “one-finger selfie challenge”, which involved folks taking full body nudes in from of a mirror while attempting to cover their breast and/or genitals with one outstretched finger, and the “heart-shaped boob challenge”, which centered people just using their hands to mold their boob into the shape of a heart, the shampoo challenge involved people balancing a shampoo bottle on their boners, held up by their thigh.

Sure, maybe not the most sophisticated thing, but hey I love dick and it was a pretty hot way to think about that for a while! At first it was all cis guys and cute twinks doing their thing, balancing bottles on their cocks, but then things took an even hotter turn once all the queer folks, trans girls, and enbies with penises started to get involved as well!

Sad thing is just how underrated it all was. There’s not even a Know Your Meme page for it…

Cause, goddamn did they fucking rock this look!

The One Finger Selfie Challenge c. 2016

As already mentioned, this beast of a photo challenge was pretty big in the mid-2010s, and for good reason too! It was fucking hot! A simple enough premise had people standing naked in front of a tall mirror while, with an outstretch hand tilted to frame right, with a pointed finger, they attempted to conceal both their genitals and nipples via basic framing. The results were very, very fucking good. 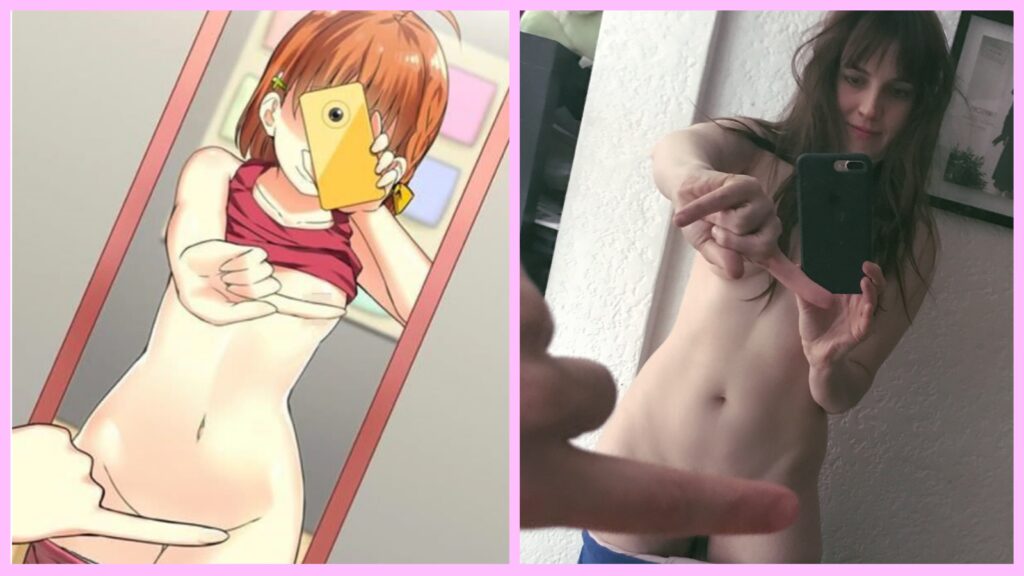 Cat Keyhole Lingerie, the aforementioned Heart-Shaped Boob Challenge, and TikTok’s Silhouette Challenge, Mamming, and the one that almost made the cut, the Running Butthole Challenge.

Remember any not listed here, share it with us in the comments below!