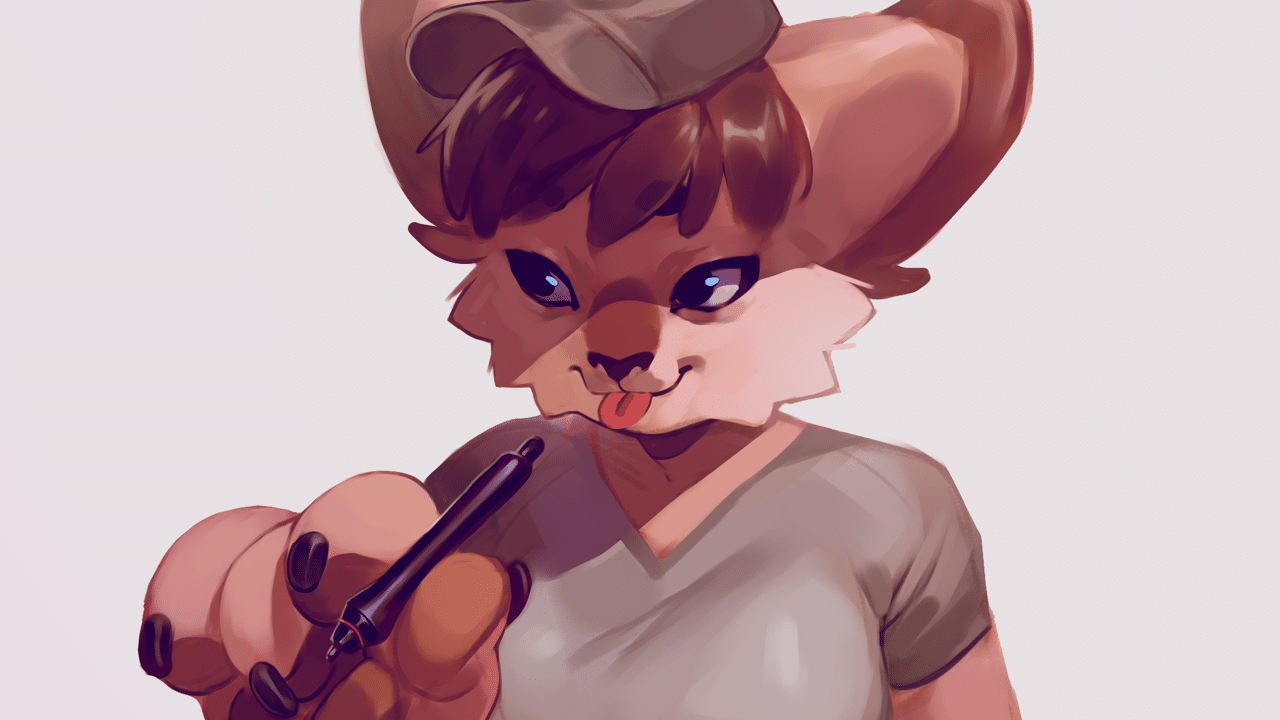 In fact, I’m pretty confident in saying that in terms of sheer volume alone the furry scene seems to have more queer and trans positive sexual content than any other art genre out there.

But, like, why? Why is it that the furry community seems to be such a huge conduit for expressions of diverse sexual orientation and gender identity? I dunno.

Since late last summer I’ve had the pleasure of first speaking with SalKitten, then with SerialDad, and just a few months ago I had a great chat with HootSewers (aka MrSewers).

This time around I reached out to the ever fabulous Alex Ket, aka TakimiNada, whose work I only recently just discovered but immediately became enamored with.

Here’s what we got to talking about: 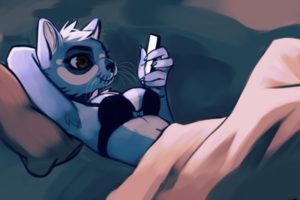 What initially drew you to the furry/anthro community and what do you enjoy about making furry art?

I enjoy the patterns and different shapes and body sizes it can offer! It’s a lot of fun playing with the proportions and the way animal parts are integrated.

TakimiNada: Not really! I read a few a long time ago, not anymore. I barely ever have time to check out comics, and when I do, I revisit old favourites like Sunstone and Alfie. The comics I used to read were by Jay Naylor btw! I was pleasantly surprised he was still doing art, when I found his page on [Fur Affinity]!

What do you personally enjoy most about drawing furry erotica (yiff)?

TakimiNada: It’s mostly an anatomy exercise for me and, well, I enjoy drawing dicks. Dicks are a lot of fun. Jokes (not really jokes) aside, I really enjoy being able to express one’s desires in a simple visual manner. It’s a little weird to me to know people jerked it to my art tho, so I try not to think about it! 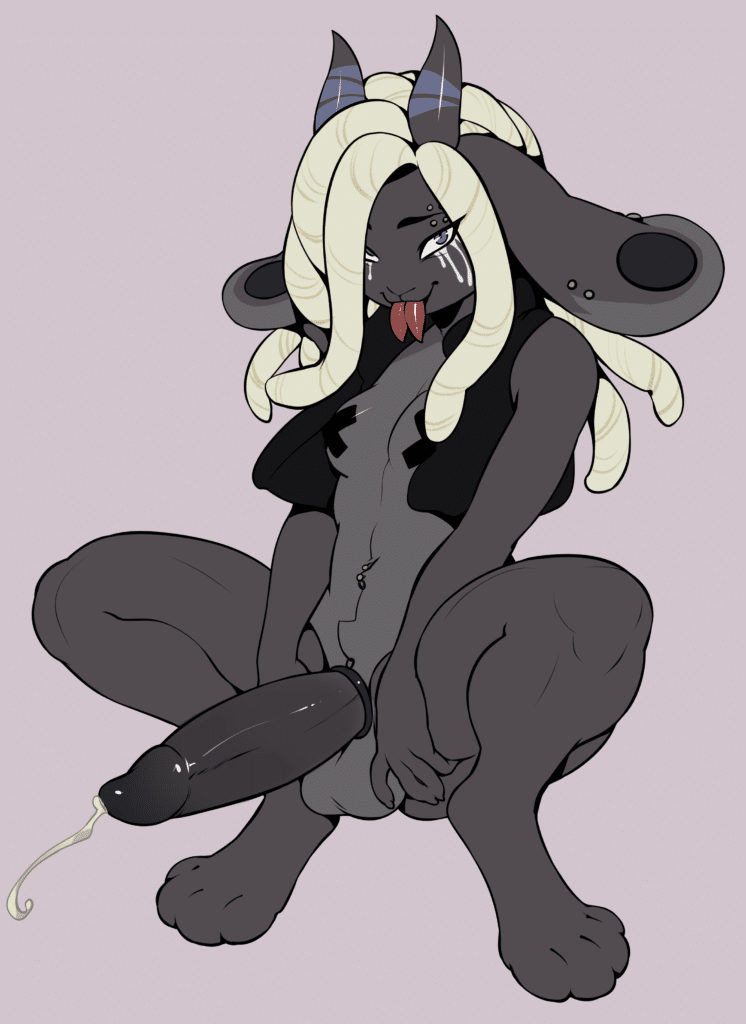 As a queer individual yourself, how big of a part, if any, does your identity play in the art that you create?

TakimiNada: It doesn’t really play any part in my art, to be completely honest. Except, maybe, educating me on the derogatory terms some people use for their characters? But it’s their choice and their business, so I only shrug if I hear “dickgirl” or “cuntboy”. It’s definitely fetishistic, but I’m not gonna kinkshame anyone.

The furry community generally seems to attract a fandom of very diverse sexualities as well as gender identities and expressions. Why do you think that is?

TakimiNada: I most definitely agree with that! I think it’s because of the freedom of not being shamed cuz of your identity. Furry folks seem to be shamed by the outside communities, but normally not within the fandom.

A lot of [people] seem to think furries are zoophiles, which probably turns them off of the furry fandom. The argument of “animal people is weird!” had gotten invalid with the popularity of movies with animal people in them, especially such as Zootopia. Some people still hang onto that one though. A lil silly imo.

[So] I’ve seen a few xenophobic people in the community, but they’re most definitely more rare than in the outside world of non-furry stuff.

I just feel like furries are often more open-minded, since they’re in a minority. There’s always exceptions to every rule, but as far as I’ve been in the furdom, I’ve been always welcome and greeted with nice words and encouragement. It’s honestly refreshing.

Gay furry art is also very widespread, and makes for a good advertisement of how accepting (most) furries are. 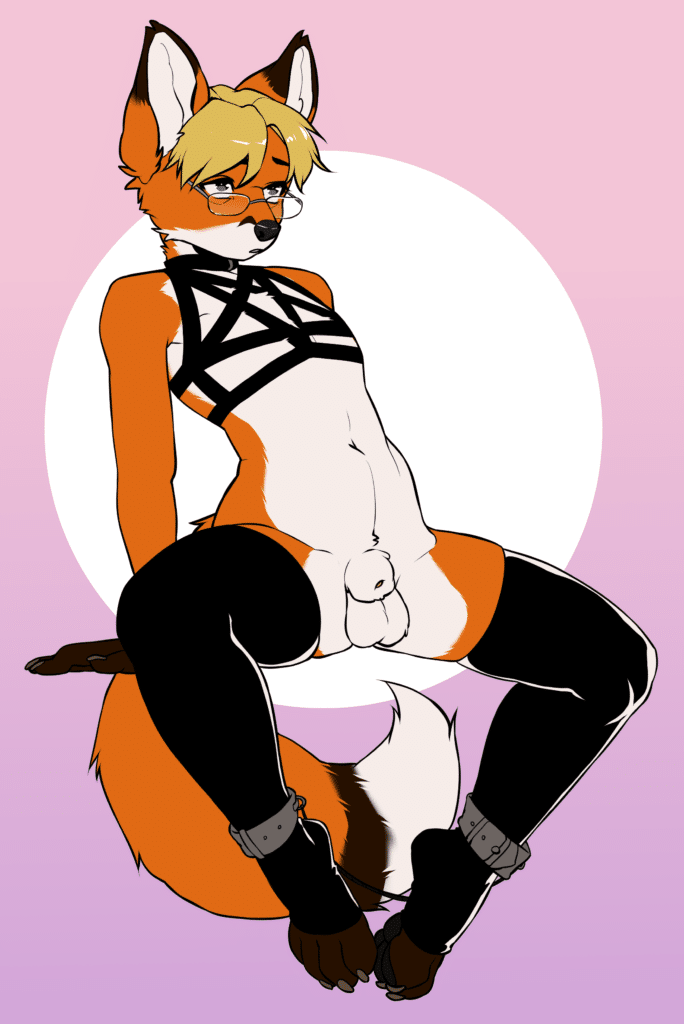 In looking through your work, I couldn’t help but notice you live in Russia, which is known to be extremely unsafe for, and unwelcoming of, queer and trans individuals. What have your personal experiences been like there?

TakimiNada: I just moved from Russia to Brazil, but I spent my whole life in Russia, yes. It’s extremely unsafe and unwelcoming, unless you know the right people. Most non-queer folks in Russia that I’ve seen had the mentality of “as long as I’m not involved, it’s ok”. But we all know that’s bullshit, and that’s exactly why queer kids in Russia tend not to come out to their parents unless they’re desperate or they know for sure their parents’ stance on LGBTQ+. Honestly, it’s really sad and I don’t think the situation is gonna improve much in the coming years. We can hope though!

I’m glad to hear that you were able to get out of Russia and be somewhere else, though Brazil is not without it’s epidemic of anti-queer violence also. How has the move been for you so far?

TakimiNada: I agree! Thank you. My boyfriend’s female cousin is getting married with her girlfriend soon, so that makes me feel a little easier, even if I’m in a hetero relationship. The move’s been awesome! I am feeling at home and welcome in this house and overall country. Brazilians are very warm people, and after the Russia’s coldness it’s definitely a 180! :3

What role do you think artists and their creations can have in raising awareness for the violence, discrimination, and human rights struggles that queer and trans people face?

TakimiNada: A mildly big role, I would say. Lots of non-queer (and overall non-minority) people don’t understand the importance of visibility, and it’s pretty sad. If trans and queer folks didn’t make themselves visible, at least on some level, people would still be unaware of the existence of such. Normalizing queer and trans people is super important, and artists are doing a good job at accomplishing just that.