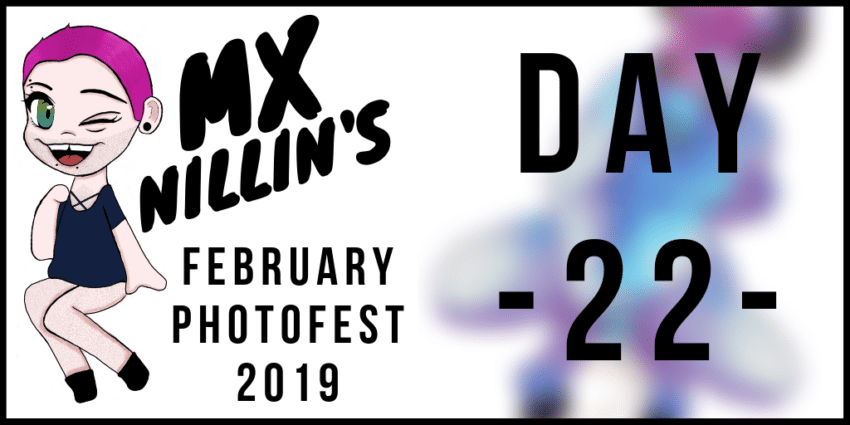 Welcome to Day 22 of February Photofest 2019 on MxNillin.com

Of course, that’s not going to come as a surprise to those who’ve been reading the blog for a while as I’ve written pretty extensively on queer identity in the furry community over the past few years. But for those just getting into my work here through February Photofest I thought now would be a great opportunity to broach the subject and raise a bit of awareness!

Not really sure of what a furry is? No problem.

Generally, somebody who identities themselves as a furry is an individual with an interest in anthropomorphic characters in art, literature, film, television, games, and other forms of creative media. “Furry”, or “fur”, can also refer to those anthropomorphic characters themselves too, ranging from more human leaning animal characters (The Berenstain Bears, Star Fox, Darkwing Duck, etc.), to more animal like characters with some human behaviors and traits such as speech (Simba from Lion King, Bagheera from The Jungle Book, the cast of Bambi, etc.)

And guess what? Furries are fucking everywhere and once you realize it, it can’t be un-realized! I mean, think about it!

Heck, the very base idea of anthropomorphized beings isn’t a new thing from Disney or Looney Toons either. Looking all the way back in legends and folklore you also get centaurs, mermaids/sirens, Anubis, the Sphinx, harpies, minotaur, faun, satyrs, lamia, Baphomet, fucking werewolves, and so on and so forth.

And like everything with a fan following, eventually a community formed around it.

Enter the “furrydom”, an loosely connected fandom with no one particular group, demographic, or personality who speaks for everyone. Which is great, because while you get super rad folks like all the queer and trans furries making awesome art and shit, you also get Alt-Furs… who are literally white supremacists and Nazis in fursuits. I’m not joking. They exist and they’re fucking disgusting.

Don’t worry though, they’re not popular at all and are generally banned from everything. Thank fuck. Moving on!

Furries sometimes develop a character that represents themselves, known as a “fursona”, though not all do. Further, some furries also purchase clothing, accesories, and custom made costume pieces to bring their fursona to life. Those items range from collars, to ears and tails, to full-body fursuits.

And yes, okay, as you’ve no doubt seen demonized and stigmatized at some point on the internet or in the news, there are a LOT of kinky as fuck furries too. In fact, there is an ENTIRE fucking genre of pornographic comics, artwork, stories, and more, called “yiff”. And it’s awesome and hot and a lot of it is also really fucking queer!

So, that’s kinda the gist of it all. I know furries aren’t for everyone, and that’s totally okay, but they are for me and I appreciate you reading along to this post!

I also have a fursona! It’s a colorful queer deer which I commissioned one of my favorite furry artists, SerialDad, to design for me based off of a lewd of mine that they personally picked out.

The result? This magnificently sexy beast! 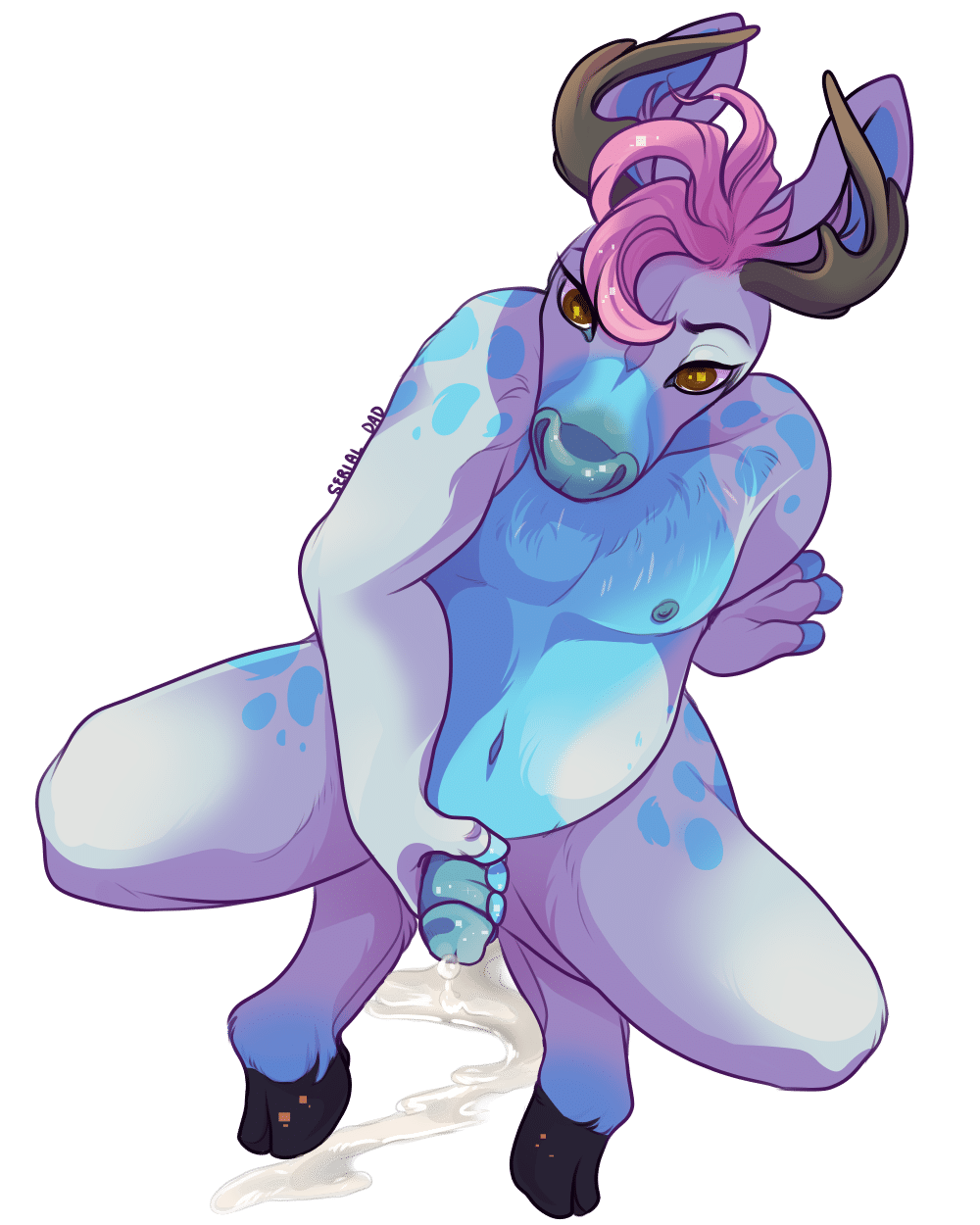 And here’s a side-by-side of the above work next to the lewd picture of me SerialDad chose as inspiration!

Don’t forget to check back tomorrow for a new photo! To see unused pics from this month, advanced previews of posts, and behind the scenes content, become a patron on my Patreon.

And be sure to click the logo for February Photofest 2019 to see pics from other bloggers participating in this year’s event!

4 thoughts on “The Queer Deer”