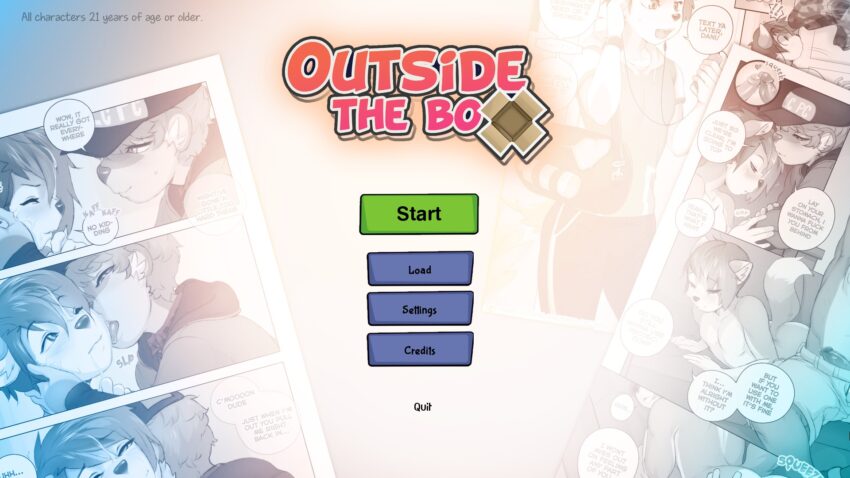 Title: Outside The Box

Level of Lewdness: High, I guess.

Is It Sex Positive? Meh. Yeah sure. But it’s not sexy cause the game blows.

There are literally almost no redeeming qualities of the whole adaption, in my honest opinion. It’s glitchy, clunky, not at all intuitive, broken, with numerous graphical errors, and some of the absolute worst panel overlaying I’ve ever seen. Like, there are multiple moments when there’s upwards of four or five versions of the same character being shown, each of them with different expressions, and different continuity for what they’re wearing or doing, all on the same confusing and cluttered screen at the same goddamn time.

Like, okay, look at the following picture of Adrian and Milo moments after they’ve fucked. 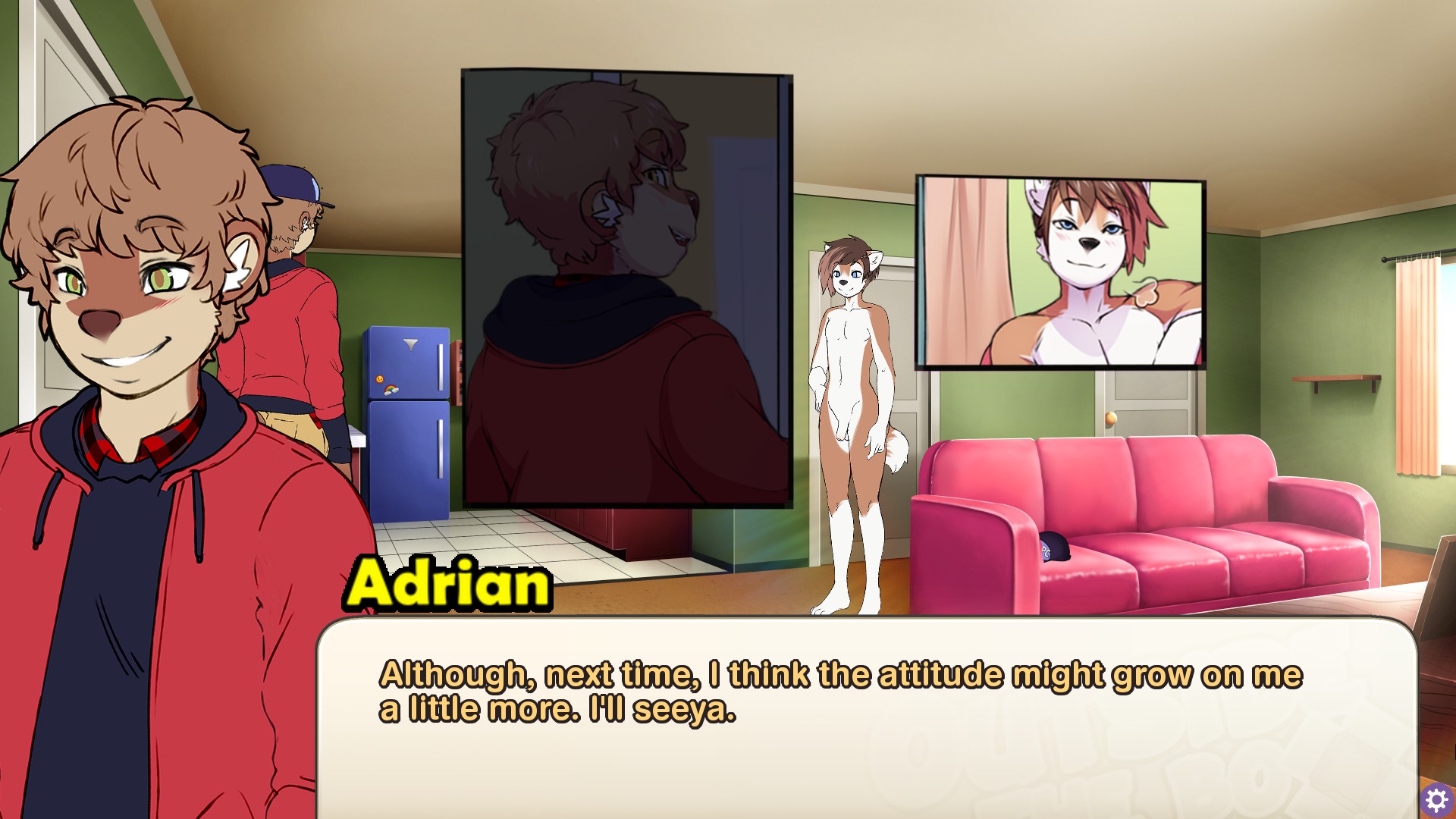 Adrian is not wearing his hat in the foreground as part of the dialogue box, but is fucking wearing his hat just behind that as a character model, but then is not wearing it again in the greyed out panel, and also  his fucking hat is somehow on the left corner of the fucking couch, where, if you can’t tell in the final panel, Milo is supposedly fucking sitting, with what appears to be the salmon pink window curtain over his left shoulder, that’s actually  on the right fucking wall of the room, and none of this even fucking matters because his character model is also  shown as fucking standing directly to the left of the couch…

As for the “gameplay”, that exists solely to drag out a small comic into a 30 to 60 minute “experience”, you basically click around on stuff, drag things from your menu to “interact” with the world, solve a couple of “puzzles”, then watch a bunch of poorly presented sex scenes. You’ll notice that I put “gameplay”, “experience”, “interact”, and “puzzles” in quotations because all of that shit was terrible.

Where and how you need to click on things is super finicky and unclear, the environment and mechanics often just outright don’t work, and the puzzles? Fuck me… there’s two of them and they’re literally just really boring versions of lights out and a slide puzzle. They were clunky and excruciating and not at all worth the effort to work through. I ultimately ended up skipping them both by using a walkthrough.

In total, I wasted about an hour on this. I got 100% of the achievements in that time, including the really ridiculous one that requires you to click on a fucking random spot on the wall in the hallway at the beginning, that’s completely and utterly impossible to discern as being even remotely important or interactive cause it’s just patch of goddamn beige wall, and it gives you a random “you found the secret spot!” message and achievement….

I know this review is harsh but it genuinely does not do justice to explaining how horrendously made Outside The Box is. And I really hate that it’s so poor quality because the original comic is just so simple and sexy and all ya had to fucking do was let me click through some hot scenes with a chill soundtrack and maybe some very basic animations. But nooooo, we got this crap instead.

1 thought on “Adult Game Review: “Outside The Box””