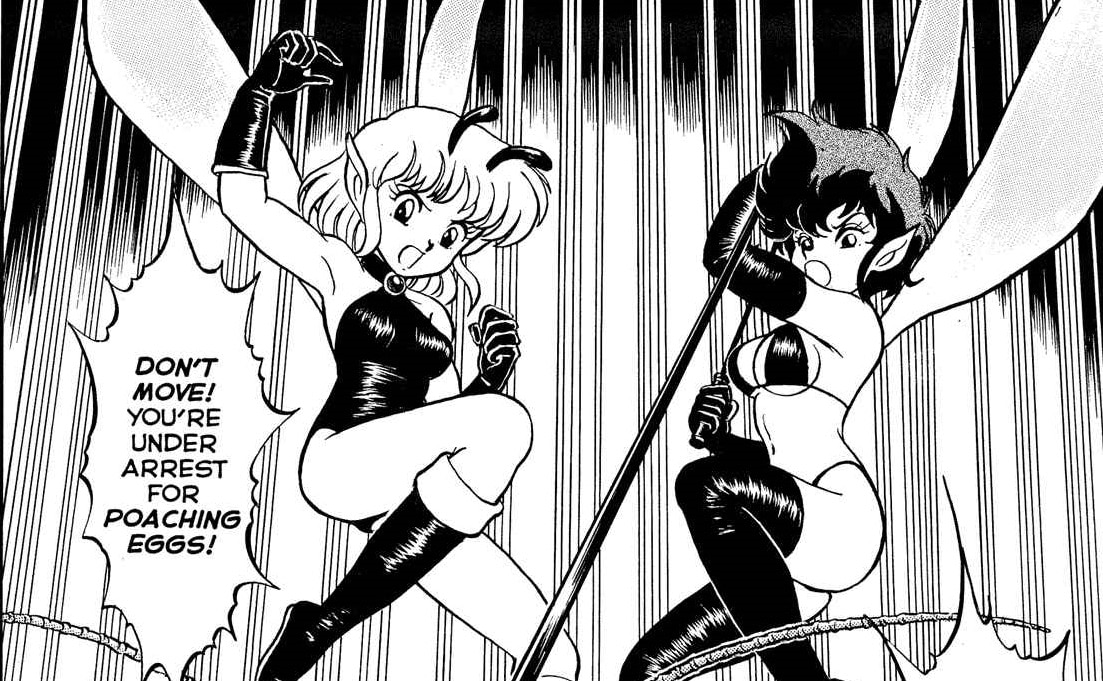 The general idea behind the series was that it followed these two sexy, fem fairies named Pfil and Pamela who serve as hunters working to protect their forest home from a whole bunch of crap like satanic beetles, murderous shrimp, and sexually unsatisfied squirrels. No matter what the scenario was, no matter what new menace was introduced, it almost always started with them fucking each other and then quickly led to them fucking some insect(s), intelligent woodland critter(s), each other some more, themselves, or even an adult human being from time to time.

At the time I had NO idea what even half of these things were called, let alone that there were some many other unique fetishes at play within this fantasy setting. Over the years my desires and fantasies have certainly changed and evolved but looking through Bondage Fairies again… it’s interesting to see how many of the fetishes in particular have stuck around. For example:

What the fuck is that you ask? Good question!

No? Okay, well it might just be me. Whatever.

The point here is that microphilia and macrophilia are sexual fantasies that involve some form of sexual arousal around very small, oftentimes miniature, beings or very large, oftentimes gigantic, beings. These fantasies can range from imagining that you are a 500 ft tall human babe using buildings as sex toys, to a human being having having their genitals rubbed down by a fairy, or, that you’re the fairy yourself, grinding up on those gigantic sexual organs to satiate the lust of your human overlords. 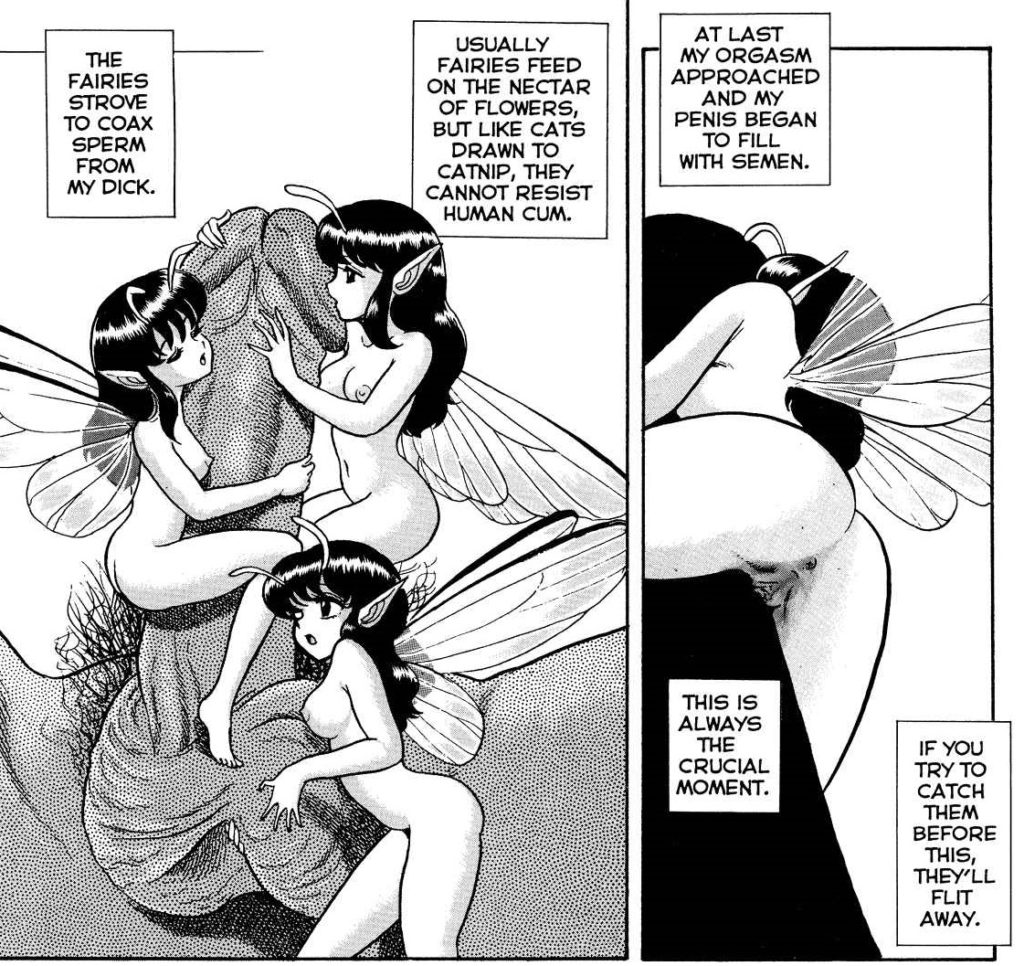 Yep! While one might think of characters like Lola Bunny, Daffy Duck, or Lt. Judy Hopps as definitive of furry characters, the genre actually has a surprising amount of variety in how furries are personified. Furries that walk, talk, dress, and behave more like humans than like animals are of the anthropomorphic variety whereas characters that speak, think, and emote like humans, yet still appear far more animal [often not wearing much of any clothes and walking around on all four limbs] are what is known as “ferals”. Outside of porn settings, you might recognize a feral furry character as characters from movies like The Lion King, The Aristocats, Lady and the Tramp, 101 Dalmations, etc.

I’m less about Simba and more about Nick Wilde or Gadget Hackwrench, yo. 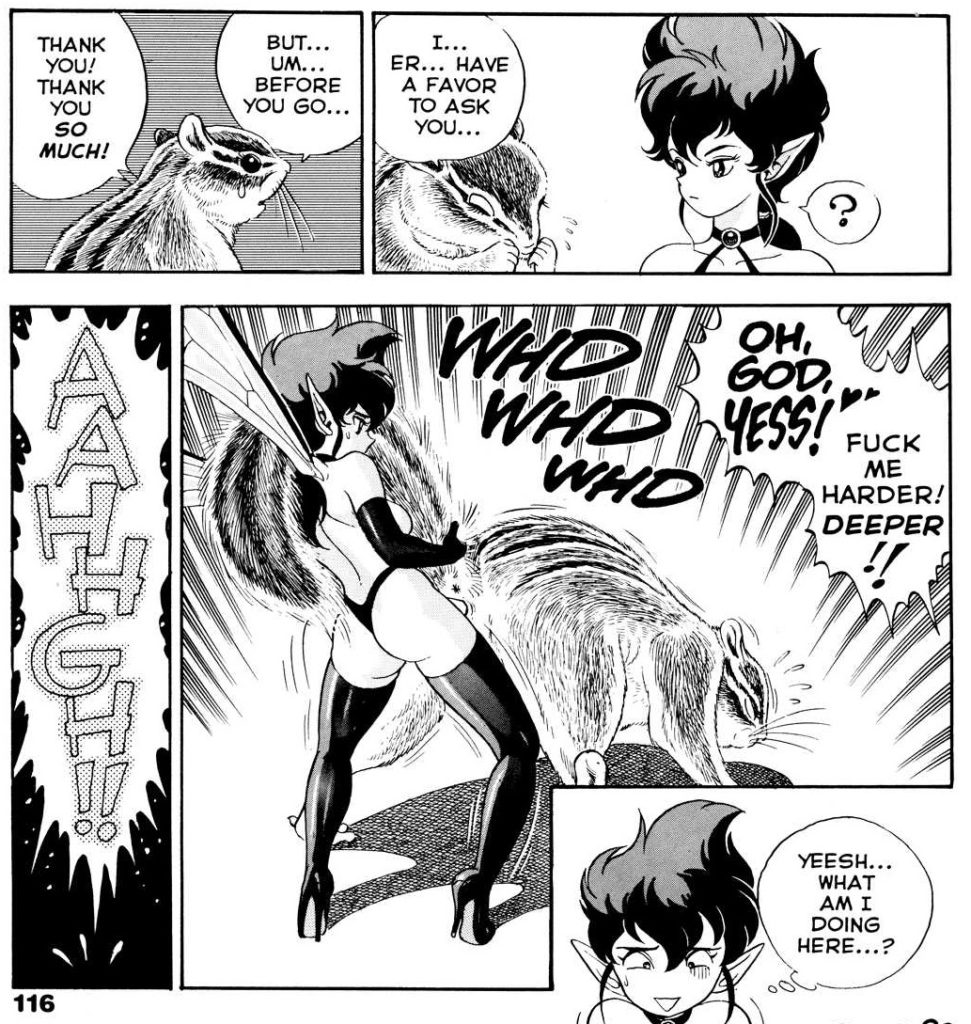 Further, the author broadly paints all the cis guy characters as not having any control over their sexual lust and oftentimes the other characters, Pamela included, blatantly ignore Pfil’s very clear statements of “NO” as they guilt or coerce her into sexual situations that she has explicitly expressed discomfort with. Pamela is more often than not the worst for this, taking great pride in manipulating Pfil to have sex with her or others.

So, that fucking sucks.

Are some of your long-held sexual fantasies and desires represented in that early erotica?

Looking back on it now, are there things about it that you see differently now?