CN: this post may contain subject matter that is upsetting to people who have unwillingly been exposed to indecent acts in public.

It’s officially spring time and while most are excited about all the biking, camping, hiking, sports, fishing, and other activities they’ll get to do, some of us are more excited about how much we’ll be ejaculating all over our municipal and residential parks.

That’s right! Tis the season for outdoor fucking and ‘bating!

Now I’m not one to brag, but… of course I’m fucking one to brag LOL. I’ve been getting off outdoors, in semi-public places, for fucking years. Like, I’ve fucked in the staircases of apartment buildings, I’ve gotten road-head on the highway, handjobs in parking lots, I got a blowjob on an unlit tennis court at night, and last year I fucked in the dugout of a baseball diamond. And that’s just a few of the places I’ve had sex with my partners. I’ve masturbated in FAR more places over the years including parks, backyards, balconies, wooded areas, bathroom stalls, change rooms, and blah blah blah, so many places.

Yet as much as I enjoy me some loving in the open air, there is a lot to consider… ESPECIALLY if you’re in a city setting.

So, whether you’re just curious, an occasional participant, or seasoned in city slicking, here are a few things to consider before heading out into your community for some outdoor sexy times:

DO Familiarize Yourself With the Law

Now, I’m a Canadian queer, so, in Canada it’s not actually illegal to have sex outdoors… per se. What’s illegal is having sex “in public” in the presence of others. According to Section 173 of the Criminal Code of Canada, you are guilty of an indictable offence and can face a prison term of up to 2-years should you “wilfully [do] an indecent act in a public place in the presence of one or more persons, or in any place with intent to insult or offend any person…”

It’s important to understand that a “public place” doesn’t just mean in the middle of the street, or at a table in the food court of the mall, or on top the bar at a restaurant, it means anywhere that could be reasonably considered a non-private, publicly viewable area. So, this includes public showers, alleyways, walking paths, parking garages, locker rooms, changing rooms, public washrooms, and so on and so forth.

Again though, it’s only illegal if you do it in front of others. If nobody sees it happen…

DON’T Willfully Expose Yourself to Others

As already mentioned, willingly exposing yourself to others in public is illegal and shitty. Okay, Devon?

DO Be Mindful of Security Cameras and Signs

A lot of buildings and businesses, especially in the downtown core and industrial areas of cities, are pretty heavily monitored. Before you pop around back of the bar to fuck near those bay doors you saw earlier, or tuck off into a seemingly concealed corner of a bus depot to jerk off, take a look up. Chances are that hiding up in a corner, or secured under an overhang, is video surveillance of some kind [CLICK HERE for examples of CCTV cameras] 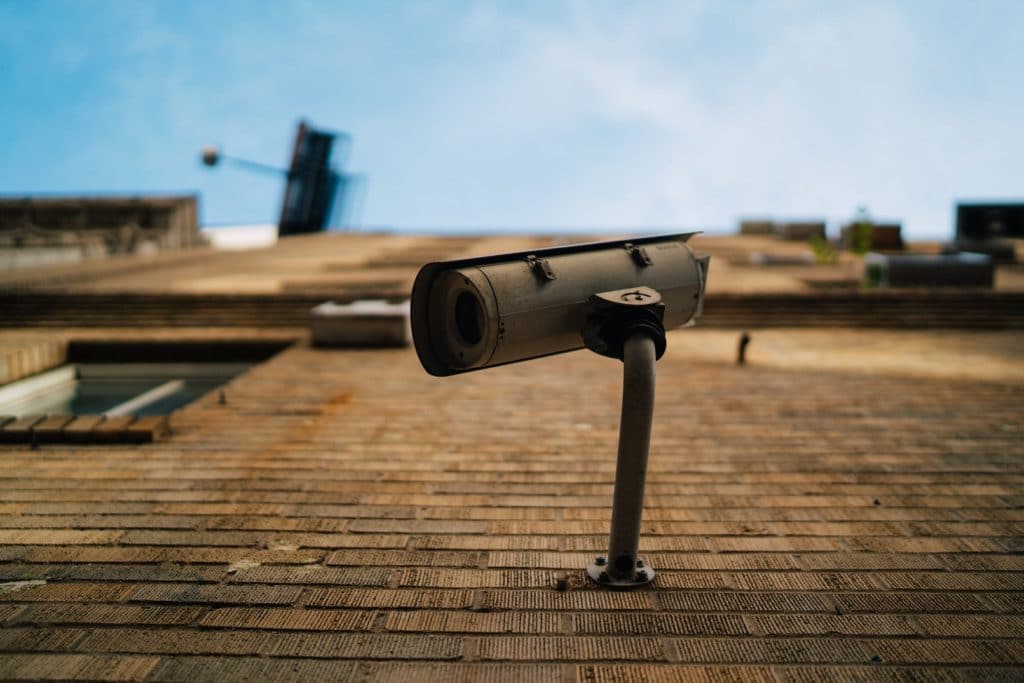 Similarly, private property (especially the grounds surrounding federal government buildings, major corporations, or resource industry companies) will often have signs up indicating that they are patrolled by security guards and/or dogs. Trust me, you’ll want to pay attention for those. No one wants their junk mauled by an angry guard dog.

DON’T Take the Cover of Night for Granted

If the place you are looking at getting it on in is a high traffic location during the day, then chances are that there’s going to be pedestrian traffic of some kind at all times. Regardless of it being dark out, that popular park downtown is probably still going to have people walking around late at night.

Point is that it being nighttime does NOT make you magically invisible from all angles, nor is it a guarantee of solitude wherever you are. It’s important to always be vigilant about your surroundings.