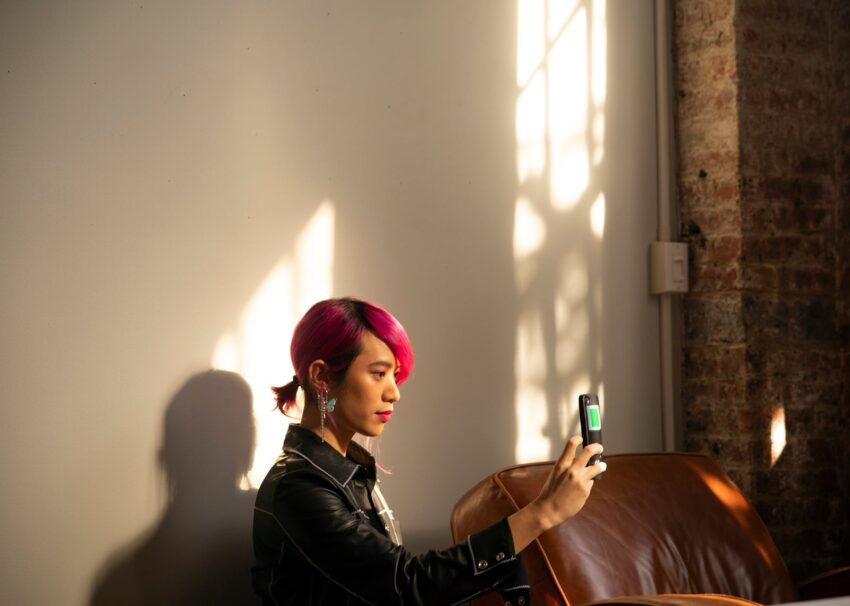 Cisnormativity in blogging has always been a deeply alienating and invalidating issue that trans bloggers and readers have to regularly face. Perhaps one of those most prominent ways it manifests in these spaces is through the marketing of sex toys, and the reviews written about them. Just as it is a needlessly exclusionary marketing choice for sex toy manufacturers to gender their products as being for “men” or “women”, it’s equally as alienating and unnecessary to sex them as being for “males” or “females” as well. As many trans bloggers have lamented, gendering and sexing toys feels invalidating and dismissive in very frustrating ways through the arbitrary, and often patronizing, packaging of cisnormative gender norms that ignore  and undermine their existence. It also puts gender diverse folks in positions that some then have no choice but to buy products which come with misgendering should they want to enjoy the pleasure of sex toys, and that really fucking sucks.

This is something that bloggers like Betty Butch do a great job of consistently addressing in their product reviews, such as in “Review: Fantasy for Her, Her Ultimate Pleasure Oral Sex Simulator by Pipedream (Luxury Edition)”:

“I’m stubbornly calling this toy the “Ultimate Pleasure,” but its full name is Fantasy for Her – Her Ultimate Pleasure. “Her” is in the title twice to make sure silly lady brains understand it’s for vaginas. (Oh no, are you still not sure? What if we made it purple for girls?)

Gendering a sex toy is unnecessary, alienates trans customers like me, and makes forgettable, tacky toy names even worse. Booo!“

But cisnormativity isn’t a problem that’s exclusive to toys and writings about them, it’s a problem the permeates . For example: gendering and sexing writing events and/or resources too, especially when done in cisnormative and trans-exclusionary ways, be it intentional or not, also causes harm by adding to the already overwhelmingly alienating and invalidating environments that trans, nonbinary, and gender nonconforming bloggers and readers find themselves in. Over the past several months, this harm within the greater sex blogging community has even been highlighted and explained in very loud and clear ways by not only myself, but a number of other sex bloggers such as Quinn Rhodes, Quenby, Sarah Brynn Holliday, and Anne Stagg, as well.

Yet despite all of that, yet another blogging event with trans-exclusionary language came up and to my surprise went unchecked for well over a month! This one centered penises, which would have been really cool had it not done so through sexing them as “male anatomy” and describing the event’s purpose as addressing the “imbalance” of there being so many memes about “female issues” by presenting this one about a “male issue”.

And thus, like cis parents “harmlessly” gendering their babies in a reveal party as being a “boy” for having a penis, or a “girl” for having a vagina, this blogging event too held participation under the everyday cisnormative lens that can be quite disastrous to the mental health and wellness of trans folks.

I also personally don’t really feel it is sex positive at all, or conductive to creating safe spaces, for an event like that to allow for individuals who are “disgusted by penises” to share those thoughts too. Especially considering how extremely vulnerable and scary it can feel for many people to even talk about their genitals in the first place, but then also potentially see extremely negative content that further contributes to insecurities and discomforts that they may have about their body.

It was all very alienating and disappointing to see. Though I wasn’t surprised in the least either. I was just exhausted and perhaps naive to think after everything that had been happening to trans bloggers this year maybe somebody other than myself or another trans person might say something about it or perhaps even reach out to the event organizer. Because as mentioned already it’s been up for just over a month yet the event description stayed the same, so, both myself and other trans bloggers stayed away, feeling unsafe about approaching the event organizer personally to his very “my way or the highway” approach to conflict resolution and public friendships with to those who were challenged for numerous instances of very overt transphobia just a few months ago.

Other blogging events both new and old, manage to not  be cisnormative or cissexist even with typically gendered content though, such Menstruation Matters, which never once sexes menstruation and even goes so far as to be explicitly trans inclusive by stating: “don’t forget its not just women who menstruate, I want to hear from everyone!” Similarly, Kink of the Week also manages to avoid trans-exclusionary language as is presents countless sex acts, kinks, and fetishes for discussion. There are more out there too, take a look at some of the ones on the For Trans Bloggers resource page.

Here are 4 simple tips on how to not be cisnormative with your content and events as well:

For some guidance on how to respond to criticism for cissexism, or any other internal biases that you may unwittingly harm others with while projecting them outwardly with your work, or to getting called out for misgendering somebody, check out “How To Handle the Mistakes You WILL Make as a Smutlancer” and”Pronouns 102: How To Apologize When You Misgender Trans Folx.”

Some Parting Words From an Exhausted Trans Queer

Honestly, what’s most frustrating is how I and other trans bloggers have repeatedly discussed these issues, had to explain the impact of them on marginalized folks over and over again, and we’ve asked for our cis allies to help lift some of that burden by addressing it as well, yet it still always falls on us to actually do or say anything when cissexism or transphobia rears its head… and every time we do we’re chastized, dismissed, ignored, invalidated, and more, for making our cis peers and allies uncomfortable by speaking up at all.

Two months ago I was being celebrated by my cis peers for calling out transphobia in the blogging community, starting these hard conversations, and challenging anti-trans intolerance and bigotry within the community. Everyone was re-tweeting things, sharing trans resources, and getting all worked up with us about it being time for change!

But just this past week when I called out a dude for his cisnormativity most of my cis peers didn’t come in with support, they came in with defensiveness and discomfort. Rather than receive the encouragement and aid I had earlier, I instead had to do more emotional labor for folks who didn’t like how I approached the situation, were put off by the “conflict”. Some centered their feelings instead, some even actually debated my tone and the tone of other trans advocates, some expressed exhaustion over hearing about these things so much, and some questioned whether or not they should even bother supporting trans people at all cause what if someday they make a “mistake”. That was…. awful, honestly.

At this juncture I’ve actually finally made the decision to disengage from the sex blogging community as a whole on both a social and professional level. Putting in all of this emotional labor and work to try and carve out an inclusive space for myself and other trans, non-binary, and gender nonconforming bloggers is simply a losing battle with how astronomical the pushback is. It’s apparently just too much work than most are willing to do with us.

I’ve spent nearly a full year publicly fighting transphobia, cisnormativity, and cissexism in sex blogging now, after years before that struggling against it in silence, and not only is it still happening all the time but I’m also still being tone policed, accused of being “intolerant” for speaking up against intolerance (figures eh?), called a fascist (and worst), and generally having to deal with way more cis tears and privileged than I care to again at any point in the near future.

What does disengaging mean for me? It means that, as some of you may have already noticed, I’ve deactivated my Twitter. Believe me, I have done so out of heartbreak and I’m not fucking happy about it but it’s extremely clear to me that the community is where it is on trans people and not enough people want to fucking do any of the work to fix it, so, fine, I’ll see myself out so that you don’t have to hear about it anymore.

Additionally, I generally won’t be participating in blogging memes unless I just really feel like it for some reason. Overall I’ll just keep doing my own thing here for my trans and queer readers, as well as myself, and that’s about it. No more blogging events though, that includes Queer and Far no longer happening and One Rainbow Apart not returning again.

Should there be anyone still interested in making better, more inclusive spaces for other trans bloggers who may, god bless them, in the future try and join into your memes and social circles, please never forget that it’s not really up to trans folks to make the sex blogging community safer for themselves. Believe me, we’ve tried! Many times over, in fact, but all of those who came before me have long since left already or just don’t interact with others nowadays. Fact is that we don’t hold any of the power or influence here to actually influence things in any meaningful way as we’re both immensely outnumbered and already facing a tremendously uphill battle with people who are often resistant to the self-reflection and growth needed for not just tolerating, but truly accepting and respecting trans people and other vulnerable minorities.

Without our “allies” and supposed peers really doing the work necessary there are increasingly higher chances that the trans bloggers you know now will simply just fade away in time, along with all of their affirming and life changing work, contributions, and resources that deeply help other trans, nonbinary, gender nonconforming, and queer people. I happen to know for a fact that I’m not the only trans blogger finally walking away from all of this, several sadly already have (not that any of you likely followed or paid much attention to any of them) and those who remain are really feeling the crushing realization that we’re just banging our heads against wall after fucking wall here…

I feel that Quinn Rhodes put this into perspective best in hir post “Self-Care Versus Community Care in Sex Blogging”, which is as frustratingly relevant today as it was on July 1st:

“If you’re not stepping up to educate yourselves, to educate each other, and to hold other people in the community accountable, you leave me no option but to keep reading and tweeting and throwing up because these conversations are so fucking hard. If you do not offer me community care, then self-care will not help me. Right now I don’t need you to tweet that you support trans and non-binary folx, I need you to take on some of the work, because you’re still putting way too much of it on us.“

And some further reading if you want:

I’m not expecting anything here for myself, just expressing where I’m at and honestly asking y’all to do better for the trans, nonbinary, and gender non-conforming bloggers that come around after me, hoping maybe that this “sex positive” blogging community will be inclusive and safe for them too… because it’s fucking not.

And to those future trans bloggers who may stumble upon this: good luck…