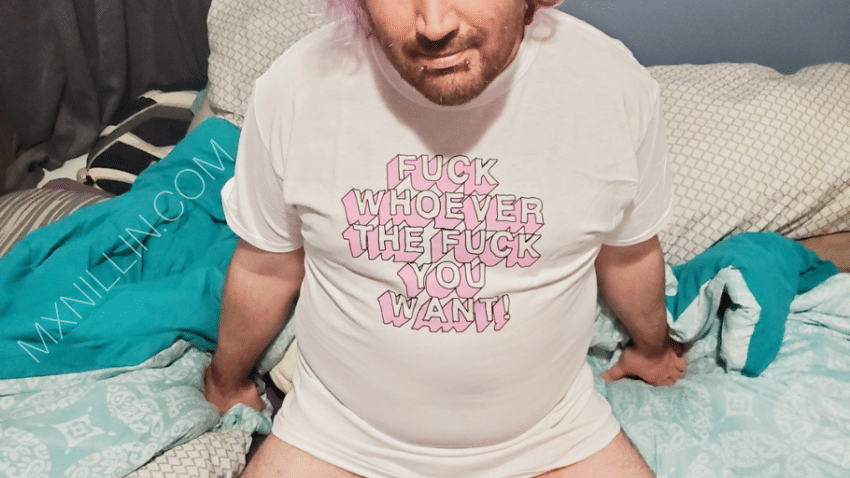 Times have been tough, friends! Before we get to the gay shirts let’s go over the blah stuff.

I’ve been feeling incredibly overwhelmed as of late due to just a lot of stuff happening in my personal life and as a result blogging, or writing at all, has just become something that takes a tremendous amount of spoons. Overall my anxiety is at a pretty big high, my memory and focus is pretty shot, I’m exhausted, haven’t been sleeping well, and feeling super insecure.

I had originally planned to launch a new meme last month, Queer and Far, but the thought of getting that actually going was just too much, so, it’s now pretty solidly on the back burner. If I’m being completely honest, I’m finding it increasingly difficult to be creative in an environment where nearly half of my peers have revealed themselves to be transphobic, to support transphobic bloggers despite the harm they’ve caused trans writers, actively ignoring trans people standing up for themselves because they minimize it in their mind as “drama”, and/or simply won’t speak up for marginalized folks do to a vast array of shitty justifications they’ve concocted.

You’d think that things have quieted down, but they haven’t. Many of my trans, non-binary, and gender nonconforming blogging friends are still facing a great deal of disrespect, misgendering, anti-trans rhetoric masquerading as “harmless opinion”, from both within and adjacent to the sex bloggosphere. It’s exhausting and showing absolutely no signs of changing, and that’s really fucking shitty.

BUT, I bought really fucking gay shirts yesterday that kind lifted my mood a smidge, so here are some pics to commemorate that moment. I can’t wait to start wearing these out. I already went to a bookstore rocking the last one and loved seeing all of the heads it turned LOL 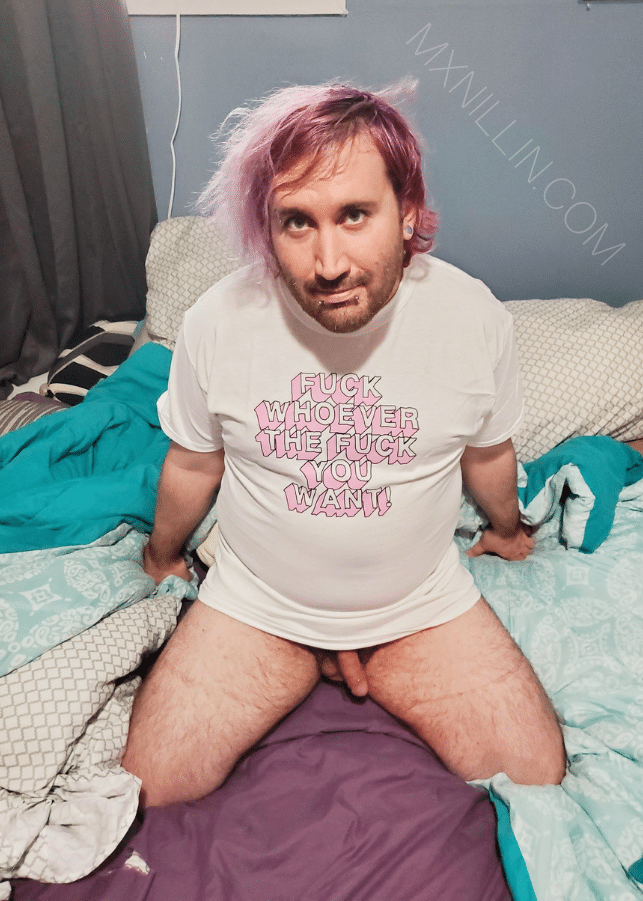 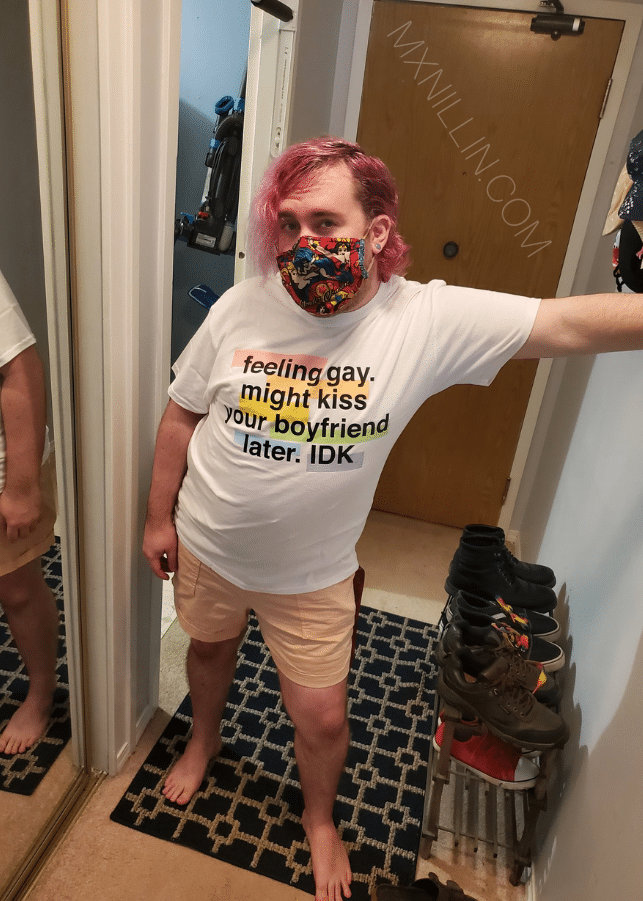 1 thought on “Gay Shirts for Summer”