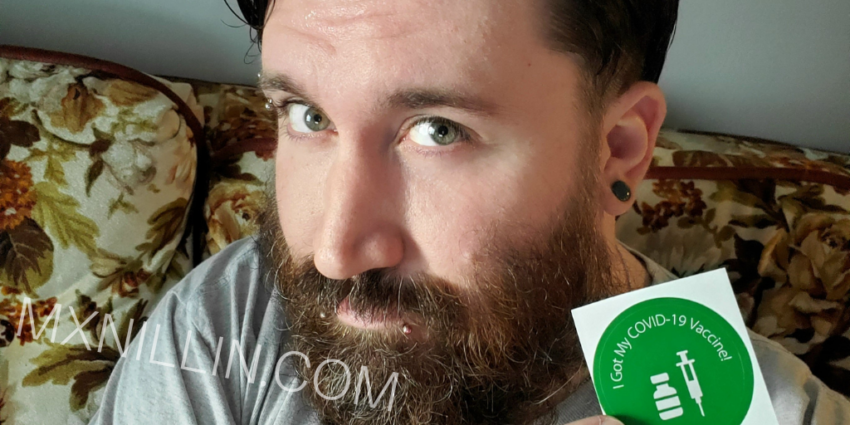 Woo! Guess what y’all!? This slut’s officially got their first vaccination shot and I’m so fucking excited to, hopefully, start seeing my partners, friends, lovers, and community more over the coming months. I even drove an hour-and-a-half to North Battleford in order to get mine, and it was so fucking worth it. Here’s hoping the rest of the province prioritizes their vaccines too.

I think anyone reading this would agree that this past year has felt fucking surreal. As we’ve all had to isolate to various degrees, close ourselves off to the world, keeping ourselves from seeing those who are important to us, it’s been a pretty traumatic experience for us all. With something resembling an end in sight I’m pretty fucking excited!

There were stretches of months at a time when I didn’t get to see my partner Verne at all. Instead, our relationship existed across text messages, game nights playing Elder Scrolls Online for hours on end, and the odd opportunity to cuddle here and there when public health orders allowed it. It was strange when we both realized that unlike relationships we’ve been in before, due to the pandemic ours kinda evolved in a really different and unique way. Because while we undoubtedly feel extremely close to one another, and have really fostered our connection, communication, and trust together it’s all happened in a very different way than we’d ever have expected.

We actually started dating in March of 2020, just before the more intensive lockdowns started to hit Saskatoon and the rest of Saskatchewan. So, we never really had the chance to do all of those things that couples normally do when getting to know one another. We haven’t met many of each others friends, or family even. We haven’t gone out on many dates, held hands while walking in public very much, cuddled at a movie, went to a house party or social gathering together, or any other of those dating things you tend to do over time. Our whole relationship so far has primarily functioned in online spaces or the confines of our apartments.

Not that that’s a bad thing! I’ve still immensely enjoyed dating them this past year and am really excited about all the time we have still to come!

However, now that I’ve gotten my first shot, while Verne will be getting theirs within the week, and second doses are on track to start rolling out through the remainder of the spring and early summer, I’m definitely looking forward to maybe one day getting to do some of those more social aspects of dating that we’ve missed out on during our first year together.

And that’s not all I’m looking forward to either!

I’ve also got a someday-date with one of my besties, Sarah, who I’ve not-too-secretly been wanting to go out with for what feels like ages now! Have no idea how a date’s gonna feel with her but hey, fuck it, we just made it through a goddamn pandemic and I literally haven’t seen her in person for over a year now… I think it’s fair to take a shot and see how it feels for both of us! No expectations, of course. If we ultimately just wanna continue being pals with occasional benefits, no relationship attached, then that’s cool too.

Finally, Kate and I have been able to reconnect in really meaningful ways again after having drifted apart a bit due to major changes in my life recently. We’ve been through a lot together over the last several years and as some of y’all will recall, there was a period when we tried dating in a triad. It… wasn’t for us, and ended rather complicatedly at the time.

But she’s still one of my absolute closest, most reliable, most awesome friends of the last decade and we’re fucking stoked to make up for all the lost time we missed out on as no-romo besties with benefits! We even took advantage of the great weather a couple of weeks ago by walking to a park near her place where I fingered her and she gave me a hand job. It was fucking great!

And of course I can’t forget the greater queer, trans, and polyamorous community that I haven’t seen in so long. I look forward to being able to hangout with queer pals around the city, and to chill naked in the pool at the mansion with my non-monogamous friends.

I’m ready to start healing with others. 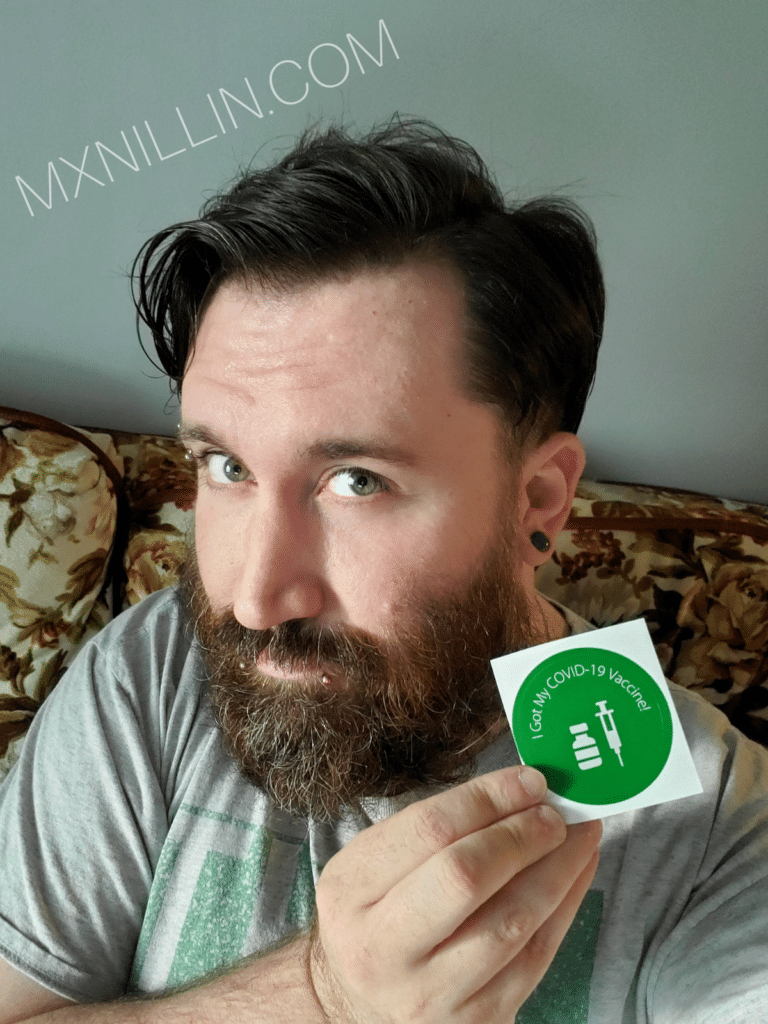 2 thoughts on “What Comes After”