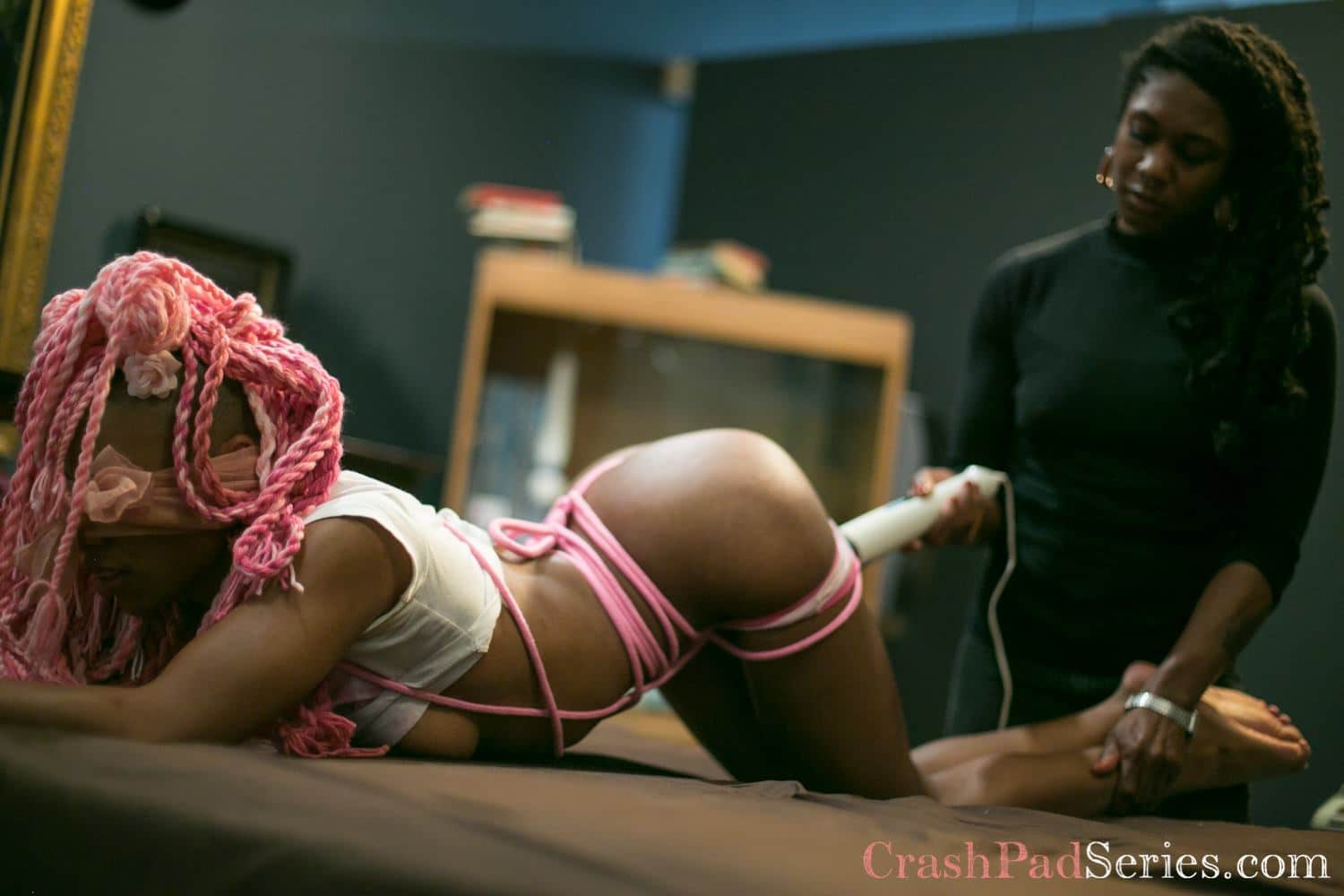 It is no exaggeration when I say that the last few years have easily been the best for me romantically, emotionally, and sexually. Like not only am I in an incredible relationship with my two best friends, but we’re also having the best sex any of us have ever had, and my relationship with myself is the healthiest it has ever been too. Of course I’m still a work and progress, self-care and positive self-talk are still struggles, but shit is pretty  great, y’all.

Especially  on the pleasure front.

Amongst all of them though are a few specific ones that really struck me on a personal level. So, here are four of those standout episodes and how they had a positive affect on my developing needs, desires, boundaries, and relationships:

At first, nobody seemed to want to acknowledge it, but once a few moments passed and cleanup had happened I finally asked: “did… did I say ‘it’s happening?”

All three of us fucking howled with laughter and it has since proven to be a pretty defining moment for our sex life as a throuple. That is, while we get to a lot of really hot group fucking on the regular we’re all also super awkward and clumsy. Embracing that about ourselves has made sexy times a hell of a lot less stressful! But it did take me a while to get to a place in my sex life where those sort of moments don’t completely mortify me anymore.

As I explained recently in my February Photofest post Silly is Sexy: “I used to get so wrapped up in worrying about all the clumsy, sluggish, embarrassing parts of sex that it sometimes actually made the whole act of it a bit stressful. I thought that sexy was serious, and if you weren’t being serious then you weren’t being sexy.”

Honestly, it really opened my world up to making sure that my partners and I were, first most and foremost, having fun while fucking! 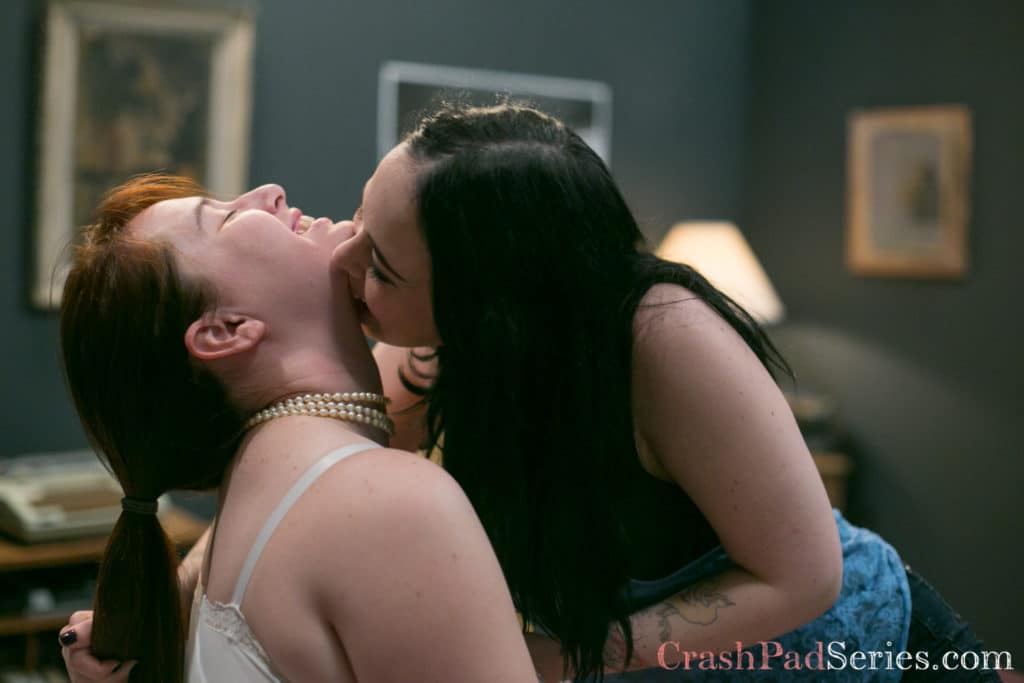 Up until my late 20s I actually dreaded the thought of getting completely naked during sex, but it was always something that was eventually expected from my partners in the past. I’m somebody who has long struggled with body acne, my weight, and then later dysphoria, so, I used to feel very uncomfortable with taking off my shirt in particular. However, there were always expectations of my past partners around getting completely naked when we fucked. So, despite all of my personal discomfort I always caved, eventually taking off that shirt, because I thought that being fully nude just kind of came with the territory of having sex.

Of course I now know this to be entirely untrue and I’ve since come to learn that there are a myriad of ways to give and receive sexual pleasure, with or without your clothes on! Having amazing, respectful, empowering, understanding partners who don’t pressure me to undress if I don’t want to, for one, has been an enormous help.

Genderplay has always been a HUGE fucking turn-on for me but, unfortunately, a lot of what’s in circulation out there tends to be pretty queerphobic, transphobic, and sexist in execution. Take how mainstream sissification play mostly focuses on depicting cis men being forced into unwilling “feminization” and subjected to various acts that, whether intentional or not, assert crossdressing, or being trans, as negative or undesirable.

Or how a lot of trap play out there generally relies on the concept that a cis man who convincingly passes as a cis woman can trick (or “trap) other cis men into having sex with him and turn them queer. Which of course sounds an awful lot like the “trans panic” defense that cis men use for murdering trans women when they feel their masculinity or heterosexuality has been threatened during or after having intercourse with them.

And yet, as problematic as these acts can be, for some they are the only way for people to explore their sexuality and gender in a way that makes sense to them. As a queer, non-binary androbabe though, while these things were once a big draw for me too I now find a lot of it really cringy and was sadly beginning to think that genderplay was simply not accessible to me anymore.

Then along came Crash Pad Epidsode 259 with Devon Whipp roleplaying as a self-described “basic transbro” as Vivi Marie punished them through a sexy queerification process involving lipstick, duct tape, spanking, facesitting, andmore. Finally I was seeing genderplay in a goofy, non-toxic, queer affirming way and I fucking loved  it. 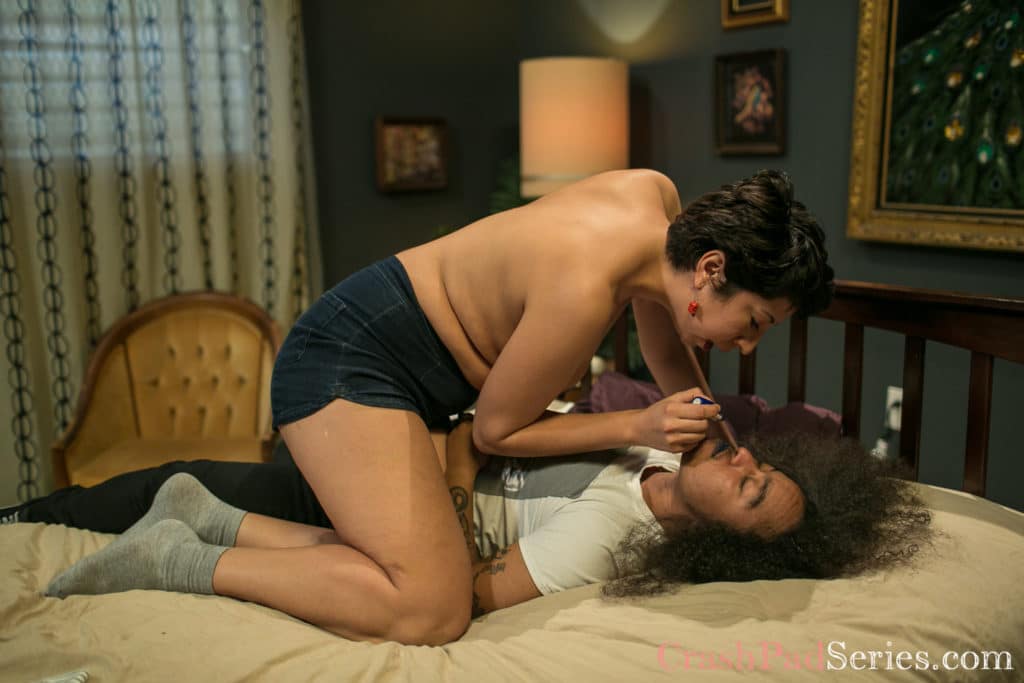