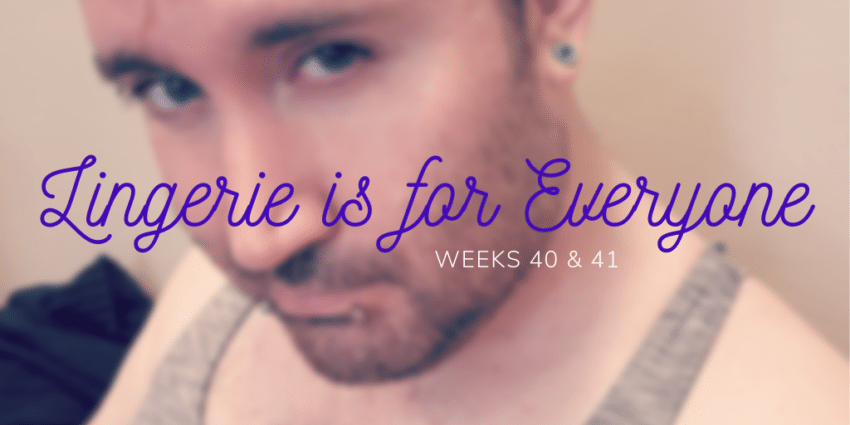 I’ve always had a really rough relationship with underwear and other forms of lingerie.

When I came out as queer and trans in late 2013 I almost immediately found myself swept up into all of these expectations for my transition to center clear, and hyper-feminization. It was as if as soon as I announced I wasn’t a boy, that I was feeling like I might be trans, that there were these expectations that my journey to “womanhood” had begun.

I mean, that’s what the narrative had been around then. Every story, major activist, movie, book, etc. just continuously showed that transgender people were “trapped in the wrong body” and transitioned medically and surgically to “the other gender”. So, that’s what I figure I must have wanted if I wasn’t the gender I had been led to believe I was throughout my life, up until that point.

So, I jumped into it! I would spend HOURS trimming and shaving the copious amounts of body hair all over my chest, stomach, arms, and legs, trying to erase literally any semblance of furriness from my form. I started wearing more and more explicitly feminine clothes, dabbling in make-up, buying any and all sexy lingerie that made my tits look a little bigger and my girl cock look a little smaller.

But deep down I hated it. I hated the grooming, the ingrown hairs, the rashes from me overdoing it in the pursuit of being “smooth”. I hated wearing make-up, the push-up bras, the tight pants and panties, the pain and discomfort of tucking my cock back so that there was absolutely no possibility of it being visible. Most of all I hated all the often toxic, gate-keeping expectations of transitioning “male to female” and that no matter what I did I’d never be seen as anything but a man to most people no matter what I did.

You know what I didn’t hate though? Sports bras! The more I found myself struggling with my transition, getting more and more frustrated with how people were perceiving me and pressuring me to change, the more often I didn’t shave and just hung out in sports bras. It was fucking amazing! I felt calm, I felt comfortable, I felt myself. Leaning into it more and more I started to embrace my little, hairy tits, and stopped trying to feminize myself, instead focusing on buying clothes that just made me feel queer, comfortable, and affirmed.

Not long later I delved into Tumblr with my first sex blog in Fall of 2015 and it was there I FINALLY started to find the terminology that made sense to me. Non-binary, genderqueer, gender non-conforming, gender fuckery, they all felt right to some degree. For a while genderqueer felt right, for even longer non-binary has. Lately I’ve been using labels even less, as generally I feel most comfortable as just Nillin, the not-cisgender queer [don’t’ forget, my pronouns are: they/them/their].

Thank you for letting me share these rambling reflections with you. As a thanks, here are two of my fave recent pics of me wearing some cozy bras! 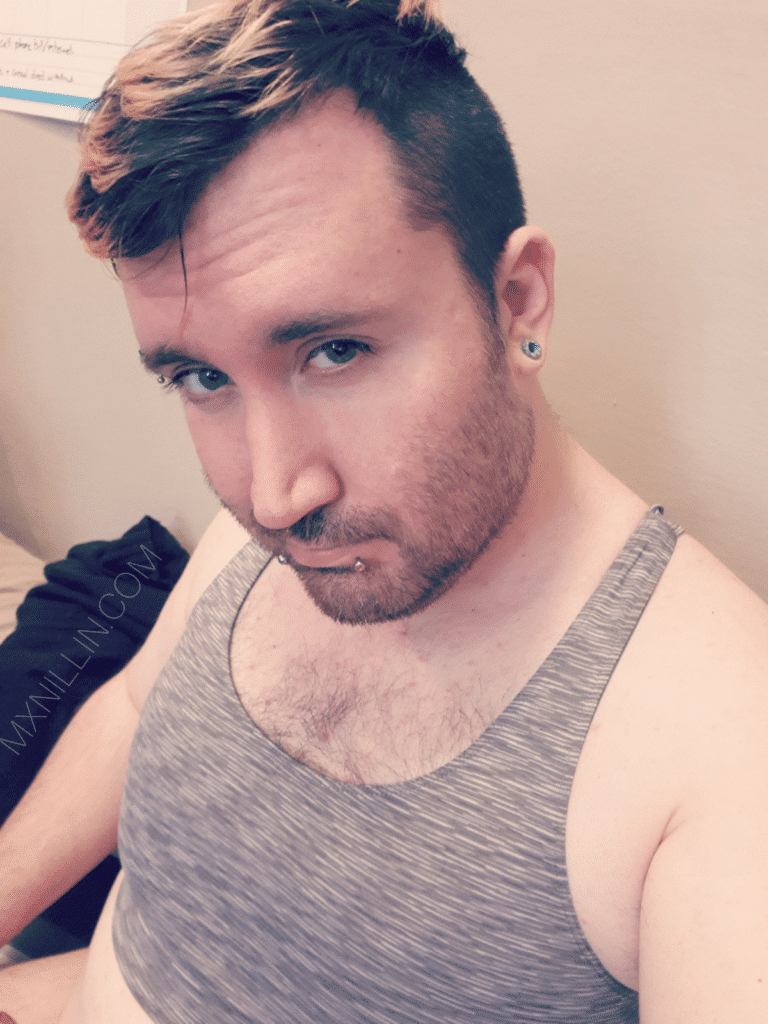 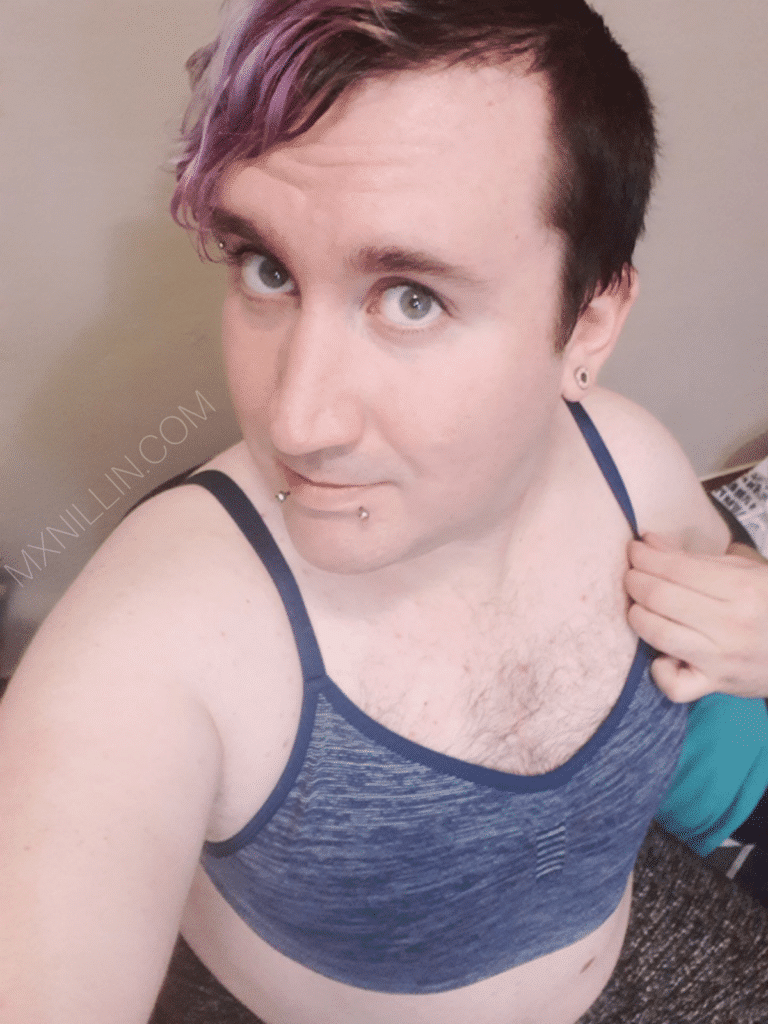 Click the graphic below to see more posts from other bloggers sharing the lingerie and underwear they feel sexiest in too! 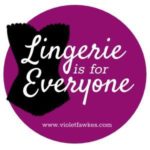 7 thoughts on “Lingerie My Way”